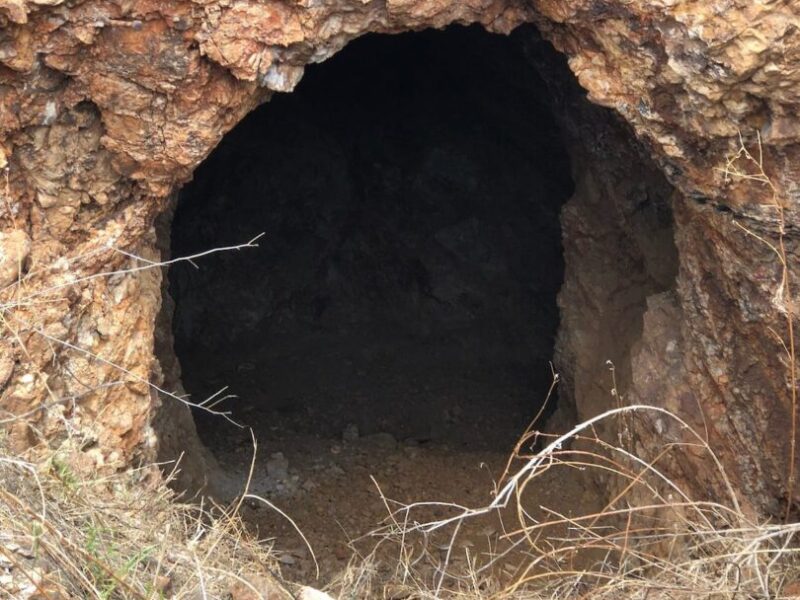 Samples were obtained from a historic underground tunnel at the Cabeza Blanca mineralized gold zone, located in the southwestern part of the property.

All reported intervals are true measured widths and all material was surface oxidized with the deepest samples collected approximately 25 to 30 meters beneath the terrain surface.

Results provide important geological data from a 100-meter section situated along the south end of the Cabeza Blanca vein zone as it enters the El Colorado mineralized zone.

The current resource estimate classified this 100-meter section as an inferred resource, but the underground sampling results, together with over 7,200 meters of new drilling data, will be included in an updated resource calculation being completed on the project.

Mel Herdrick, Sonoro’s VP Exploration, commented, “The data is a good example of continuity of gold mineralization which is coincident with the normal vertical and lateral variations we see when drilling. This detailed program also provided quality and unbiased sampling of the vein and part of the exposed mineralized wall allowing a more complete evaluation of gold mineralized volumes in this area.”

Kenneth MacLeod, Sonoro’s President and CEO, noted, “The underground channel sampling yielded valuable data that we anticipate will augment the data obtained from our recent surface sampling and drilling programs completed in the same area. As previously announced, an updated resource estimate is being prepared and will incorporate all geological data to date.”

The Cabeza Blanca vein zone has average mineralized widths of up to 29 meters, inclusive of footwall and hanging wall mineralization. Two historic tunnels were developed in the 1950s along the Cabeza Blanca vein, with the northern tunnel continuing approximately 600 meters on a 10° northwestern trend and the southern tunnel continuing approximately 350 meters on a 15° southeastern trend to the El Colorado zone. The southern tunnel splays into two distinct tunnels at the midway point and the sampling program was completed in the eastern splay. The western splay was not sampled.

As illustrated in the image below, sampling occurred in three segments across 90 meters of the tunnel. Segment No. 1 is the southernmost and nearest to the mouth of the tunnel, Segment No. 2 is located about midway and Segment 3 is a raised area at the north end of the tunnel.

Samples from Segment No. 1 returned the lowest gold grades with the five sample cuts averaging 3.9 meters of 0.401 g/t Au.

Segment No. 2 retuned the highest gold grades ranging from 0.624 g/t Au to 7.863 g/t Au, with the five sample cuts averaging 3.5 meters of 3.071 g/t Au. The highest assay value of 7.863 g/t Au was across two meters from a vein-perpendicular saw cut with continuation in the vein hanging wall, including two additional samples with veinlets and a composite 4.6 meters at 4.93 g/t Au.

The samples agree with the longitudinal contoured mineralization projections of the zone. A longitudinal plot of the drill intercepts with greater than 0.15 g/t Au is shown below.

The widths of the intercepts from the drill holes are plotted where the vein is cut and values contoured. This illustrates a near horizontal continuity of mineralization across the length of the Cabeza Blanca vein zone. The near horizontal character of contoured gold intercept values may reflect original boiling horizons as the ground water levels may have varied. This is also supported by the presence of historic workings which were developed in higher grade contoured areas of the vein.

Channel samples were generated with an electric rotary handheld saw and chisel, and collected by hand in a catchment tarp below. The bagged samples were numbered and identified, and the site photographed after painting sample numbers on the ceiling. The samples were transported directly to the Bureau Veritis preparation laboratory in Hermosillo, Sonora. At the laboratory, part of each sample is reduced through crushing, splitting and pulverization from which 200 grams is sent to the B.V. gold assay laboratory in Hermosillo. A portion weighing 30 grams undergoes fire assay for gold, with the resulting concentrated button of material produced then dissolved in acids and the gold is determined by atomic absorption.  The remaining sample pulp material is sealed in paper bags and retained for additional analysis.

Stephen Kenwood, P.Geo., a Director of Sonoro, is a Qualified Person within the context of National Instrument 43-101 (NI 43-101) and has read and approved this news release. Readers are cautioned that the presence of mineralization on historic mines adjacent to or on Cerro Caliche is not necessarily indicative of economic gold mineralization in the concessions held by the Company.

Sonoro Gold Corp. is a publicly listed exploration and development Company holding the near-development-stage Cerro Caliche project and the exploration-stage San Marcial project in Sonora State, Mexico. The Company has highly experienced operational and management teams with proven track records for the discovery and development of natural resource deposits.

This press release may contain “forward-looking information” as defined in applicable Canadian securities legislation. All statements other than statements of historical fact, included in this release, including, without limitation, statements regarding the Cerro Caliche project, and future plans and objectives of the Company, constitute forward looking information that involve various risks and uncertainties. Although the Company believes that such statements are reasonable based on current circumstances, it can give no assurance that such expectations will prove to be correct. Forward-looking statements are statements that are not historical facts; they are generally, but not always, identified by the words “expects”, “plans”, “anticipates”, “believes”, “intends”, “estimates”, “projects”, “aims”, “potential”, “goal”, “objective”, “prospective” and similar expressions, or that events or conditions “will”, “would”, “may”, “can”, “could” or “should” occur, or are those statements, which, by their nature, refer to future events.  The Company cautions that forward-looking statements are based on the beliefs, estimates and opinions of the Company’s management on the date the statements are made and they involve a number of risks and uncertainties, including the possibility of unfavorable exploration and test results, the lack of sufficient future financing to carry out exploration and development plans and unanticipated changes in the legal, regulatory and permitting requirements for the Company’s exploration programs.  There can be no assurance that such statements will prove to be accurate, as actual results and future events could differ materially from those anticipated in such statements.  Accordingly, readers should not place undue reliance on forward-looking statements.  The Company disclaims any intention or obligation to update or revise any forward-looking statements, whether as a result of new information, future events or otherwise, except as required by law or the policies of the TSX Venture Exchange.  Readers are encouraged to review the Company’s complete public disclosure record on SEDAR at www.sedar.com.

Back to Basics with Copper and Oroco

You Asked and We Listened: The Top 5 Most Asked Questions (part 14)

Have All The Major Silver Deposits Been Found? – Dr. Peter Megaw