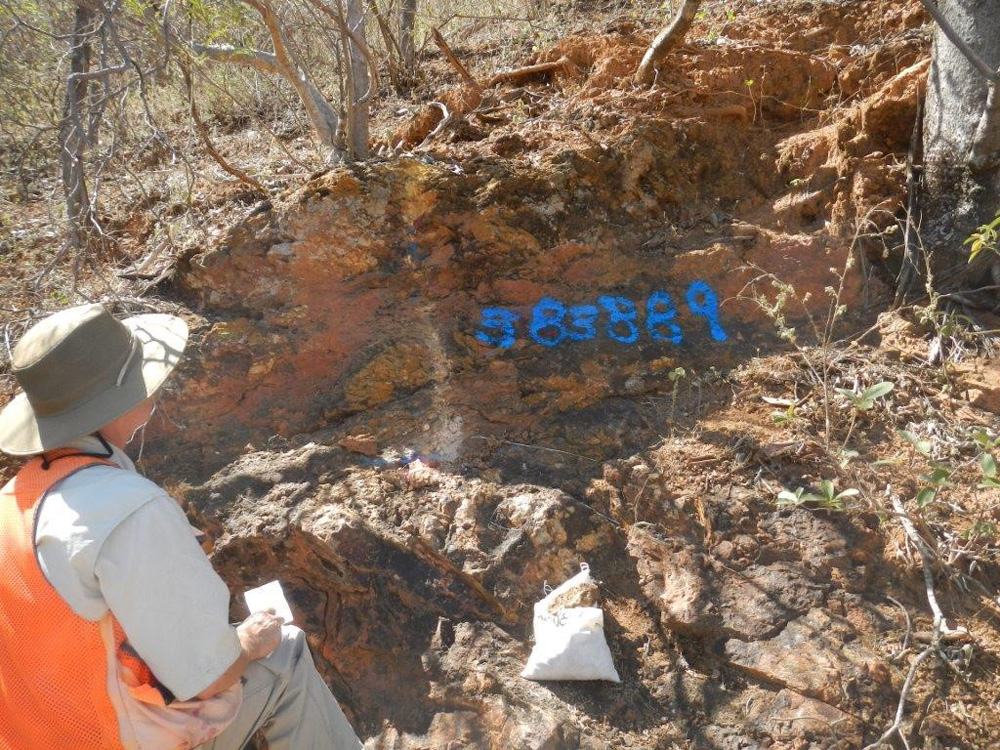 May 9, 2019 – Bridgewater, NS – (TSXV:SSE) — Silver Spruce Resources Inc. (“Silver Spruce” or the “Company”) is pleased to announce the very positive results and conclusions from the recently completed field program at Pino de Plata project in western Chihuahua State, Mexico, located just 15 straight-line kilometres from Coeur Mining’s Palmarejo gold and silver mine. The work program was conducted by ProDeMin geological services company under the direction and supervision of Qualified Person, Dr. Craig Gibson, Ph.D. (The complete report can be viewed at: http://www.silverspruceresources.com/i/pdf/reports-and-tables/Final_report_on_Pino_de_Plata_field_program_3_May_2019.pdf)

“The recent study at Pino de Plata was directed towards understanding the mineralization to be able to further refine the drill program. Several cross sections were laid out for the drill holes recommended for the first phase of drilling.” (Please see cross sections at: http://silverspruceresources.com/s/Pino-de-Plata_DrillingMaps.asp )

Company comment: Each of these target areas have outcropping mineralization that has been mapped and sampled.

“• Based on field observations, the Terrero and Gossan are large targets with potential for encountering wide zones of mineralization. Both areas exhibit strong iron oxides after original sulfide minerals.”

“• The Terrero target is a relatively flat-lying body that appears to consist of multiple structures associated with strong argillic alteration and abundant iron oxides and jarosite due to oxidation of original pyrite and possibly other sulfide minerals. Surface exposures as well as dumps have yielded high silver and base metal values, and similar assays were reported by the government geological survey from underground workings. Also, similar alteration extending to the west to La Perla and Sierpe and northeast towards Santa Clara indicates potential for extending mineralization along strike, to be tested by drilling.“

“• The gossans have elevated base metal values and seem to be related to oxidation of replacement mineralization. They may be partly controlled by northerly and easterly structures similar to other areas on the project. Oxidized zones in the intrusive near the contact with hornfels away from the main gossan exposures may be indicative of similar targets in the subsurface.”

Company comment: Highly anomalous levels of silver, lead, zinc, copper and iron at the surface of the heavily weathered gossan is likely leftover from the original sulfide mineralization (i.e., Argentite-AgS, Galena-PbS, Sphalerite-ZnS, Chalcopyrite-CuFeS2, Pyrite-FeS2) which has been leached by weathering from surface outcrop. Enriched mineralized layers of rock may exist below the surface and will be drill tested.

“• The strongly altered rocks around the Sierpe I vein also have visually high iron content apparently after sulfides that extends underneath younger volcanic rocks and also comprises a large target that surrounds the vein itself.“

Company comment: The high grades of silver sampled at the Sierpe I vein is contained within a large volume of altered intrusive rock that extends 850 metres west from the Terrero mine area. This rock may contain disseminated mineralization and could host a large volume of mineralized rock from surface.

The Company holds a permit to drill 30 holes, which includes locations for Phase I and Phase II drill programs. All planned Phase I drill holes will be collared on existing roads that pass over or adjacent to the targets, with no new access roads required. A surface access agreement is in place, as is required to obtain the permit.

The programmed Phase I drilling will consist of HQ core, twelve holes, for an estimated total of 2000+ metres. The Company has received bids from seven drill companies and is currently making its final selection. Once notified, the prevailing drill company will mobilize the diamond drill and crew within a couple of weeks and commence drilling.

Samples were prepared and analyzed by ALS Global, a certified worldwide analytical services provider at their facilities in Chihuahua and Vancouver, respectively. Analysis was by the AuME-TL43 method, with analysis of all elements by ICP-MS and ICP-AES with aqua regia digestion. Au was determined as part of the package with a 25 gram digestion. Over-limits for Ag and Pb, values of >100g/t and >10,000ppm, respectively, were completed by the OG-46 method by ICP and aqua regia digestion.

Dr. Gibson supervised the data collection and sampling at the project as well as data compilation, drafting and interpretation. The Company uses standard QA/QC procedures, including inserting control samples, standards and blanks, in the sample stream. No quality assurance/quality control issues have been identified to date.

Dr. Craig Gibson, Ph.D., CPG, is the Company’s external Qualified Person for the Pino de Plata project and is responsible for the technical content of this press release within the meaning of National Instrument 43-101 Standards of Disclosure for Mineral Projects (“NI 43-101”), under TSX guidelines.

Silver Spruce Resources Inc. is a Canadian junior exploration company pursuing development of the Pino De Plata project, located in the prolific Sierra Madre Occidental region of western Chihuahua State in Mexico. The Company also holds an indirect interest in the Kay Mine project according to terms of the sale agreement with Croesus Gold Corp., which was announced in the Company’s news release on January 30, 2019. Silver Spruce Resources Inc. continues to investigate opportunities that Management has identified or that have been presented to the Company for consideration.