Recently completed ground magnetic and Time Domain Electromagnetic (TDEM) geophysical surveys have outlined numerous anomalies and conductors at all three zones. The results of the surveys will be used to guide hole locations for the drilling program to maximize drilling efficiency.

Drilling to Expand the Resource at El Dorado/Juan Bran Zone

The Cinco Senores zone is the site of extensive historical mining activities. Recent diamond drilling at the site intersected massive chalcopyrite in hole LM-17-CS-04 grading 10.8 g/t gold, 41.7 g/t silver and 2.8% copper or 15.98 g/t Au Eq over 2.0 metres – see press release dated May 15, 2017. It is believed that the geology and style of mineralization at Cinco Senores is indicative of a potential parallel El Dorado/Juan Bran type zone. The drill program at the Cinco Senores zone will include step-out drilling to expand the mineralization intersected in hole LM-17-CS-04, as well as test high priority targets identified by the ground magnetic and TDEM surveys – see Figure 2 Expansion Drilling at the Cinco Senores Zone.

The Las Minillas zone is the site of the historical high-grade San Jose del Oro mine as well as a large magnetic high anomaly measuring approximately 1,000 metres by 750 metres outlined by a high–resolution ground magnetic survey completed in 2011. The magnetic anomaly is located next to the underground workings of the San Jose del Oro mine.

Brian Robertson, President and CEO stated, “The Phase 2 diamond drilling program marks the next phase of expanding the resource at the Las Minas project. We will be drilling three high-priority targets with known mineralization and well defined geophysical targets. It is becoming increasingly evident that there is a significant opportunity to expand the current resource as well as extend the footprint of the known mineralized zones.”

The scientific and technical information in this news release has been reviewed and approved by Sonny Bernales, P. Geo., a registered Professional Geoscientist in the Province of British Columbia and a qualified person for the purposes of NI 43-101. Mr. Bernales is responsible for logistics and supervision of all exploration activity conducted by Mexican Gold on the property.

Mexican Gold Corp. is a Canadian based mineral exploration company committed to building long-term value through ongoing discoveries and strategic acquisitions of prospective precious metals deposits in Mexico. Mexican Gold is exploring the Las Minas Project, which is located in the core of the Las Minas district in the Veracruz State, Mexico. The district is host to one of the largest under-explored skarn systems known in Mexico and has a strong production history that dates back to the Aztec era. 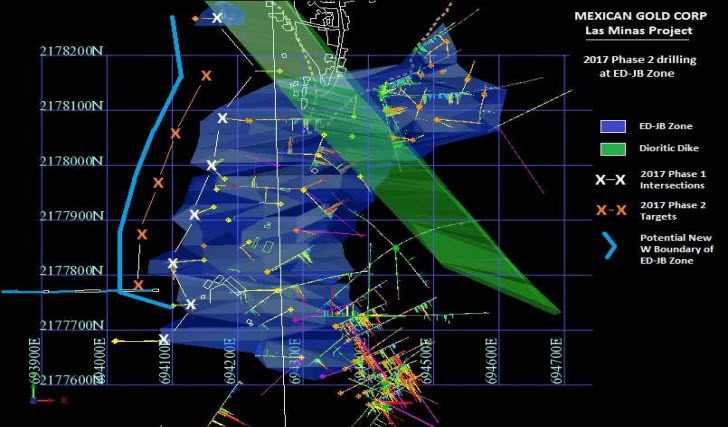 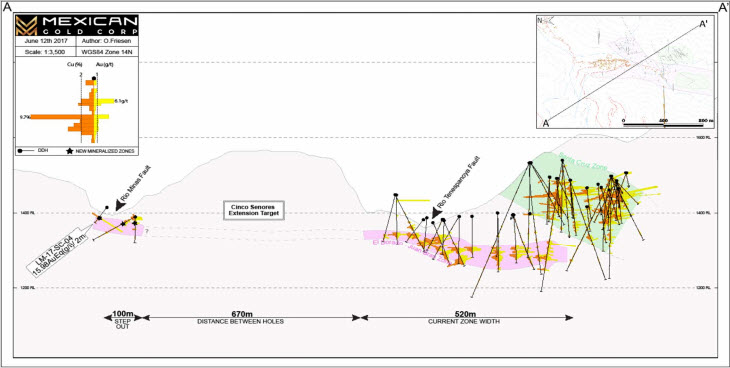 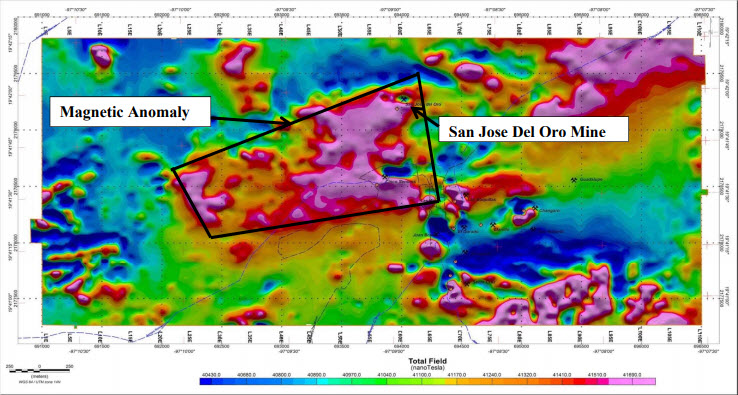