VANCOUVER, Feb. 21, 2017 /CNW/ – GREAT PANTHER SILVER LIMITED (TSX: GPR; NYSE MKT: GPL) ("Great Panther"; the "Company") announces an updated Mineral Resource Estimate for the Company's Guanajuato Mine Complex ("GMC") in Guanajuato, Mexico.  For the purpose of resource estimation, the GMC includes the operating Guanajuato and San Ignacio Mines and the El Horcon Project, which has the potential to be a satellite operation but is not currently in production.

"Once again, we successfully replaced what we mined at the GMC, and upgraded much of the resource to higher categories", stated Robert Archer, President & CEO.  "Notably, due to permitting delays, the fourth quarter 2016 step-out drilling at San Ignacio started after the effective cut-off date for this Resource Estimate, and the results of that program, which would have added to the Inferred resource, were not included.  For 2017, we have more than doubled our drilling budget at the GMC, to 34,500 metres, and will continue our efforts to expand and further define the resource base at the Guanajuato and San Ignacio Mines, and the outlying El Horcon Project."

At San Ignacio, plans for 2017 include 8,000 metres of surface exploration drilling along the continuation southeast from the present Mineral Resource to the historic mining areas of San Pedro and Mexiamora and on the sub-parallel Plateros trend.  An additional 13,025 metres of underground drilling will focus on converting Inferred Mineral Resources to the Measured and Indicated categories.

At the Guanajuato Mine, underground exploration in 2016 was focused on the Los Pozos, Valenciana, and Guanajuatito areas to increase the Mineral Resource.  The focus of exploration in 2017 will be on those three zones and the Promontorio zone.  A comprehensive evaluation of historical workings is also being undertaken with emphasis on undeveloped veins with mineralization of economic significance.  This will include the Rayas, upper Cata, Los Pozos, Valenciana and Guanajuatito zones.

Along with the Mineral Resource Estimates, the Company also considered Geological Potential at the Guanajuato Mine, which was estimated within ranges for areas that contain pillars and remnant material in historical mining areas with limited topographic control.  Geological Potential includes 186,908 – 311,514 tonnes grading between 96 – 137g/t silver and 1.56 – 2.22g/t gold.  These areas have often been drilled and evaluated underground by detailed sampling and geological mapping and include the Promontorio area, and parts of Los Pozos and Valenciana areas.  Between July 31, 2015 and August 31, 2016, it is estimated that approximately 35% of Guanajuato Mine production came from Geological Potential and other areas outside the Mineral Resource.

The El Horcon Project is located approximately 100 kilometres by paved highway northwest of Guanajuato and is considered to be within trucking distance of the processing Cata Plant.  Consequently, it is included in the GMC Mineral Resource Estimate.  No work was completed on this project in 2016 but a drill program is budgeted for Q4 2017 to test the continuity of mineralization.

The above estimates were classified per the CIM Definition Standards on Mineral Resources and Mineral Reserves and, as such, are consistent with the requirements of NI 43-101.  The Mineral Resource Estimate was completed by Robert Brown, P. Eng., the Company Qualified Person.  The Mineral Resource Estimates were completed using MicroMine 3D geological software, and the inverse distance squared estimation technique for estimation of grade to each of the block model blocks.  A Company-proprietary Net Smelter Return ("NSR") calculator, considering mill recoveries, smelter terms, and designated metal prices converted block grades into NSR (US$) values.  The stated Mineral Resources are a categorized compilation of blocks greater than the marginal operational costs of the various mining areas.

The technical information contained in this news release has been reviewed and approved by Robert F. Brown, P. Eng., who is the Qualified Person (QP) for the Guanajuato Mine Complex under the meaning of NI 43-101.  Aspects relating to mining and metallurgy are overseen by Ali Soltani, Chief Operating Officer for Great Panther.

Great Panther Silver Limited is a primary silver mining and exploration company listed on the Toronto Stock Exchange trading under the symbol GPR, and on the NYSE MKT trading under the symbol GPL.  Great Panther's current activities are focused on the mining of precious metals from its two wholly-owned operating mines in Mexico: the Guanajuato Mine Complex, which includes the San Ignacio Mine, and the Topia Mine in Durango.  In addition, the Company has recently signed an agreement to acquire a 100% interest in the Coricancha Mine Complex in the central Andes of Peru. 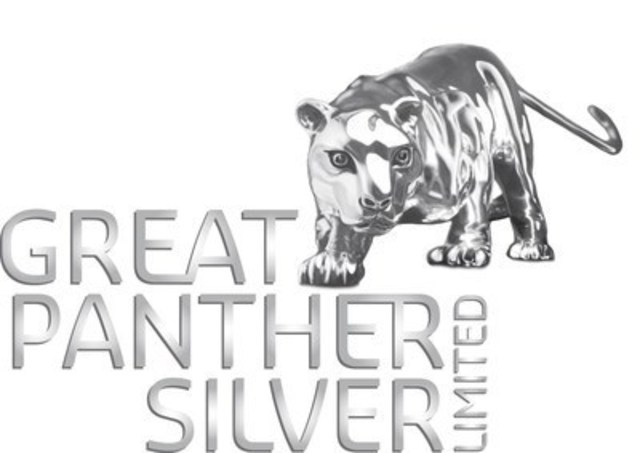