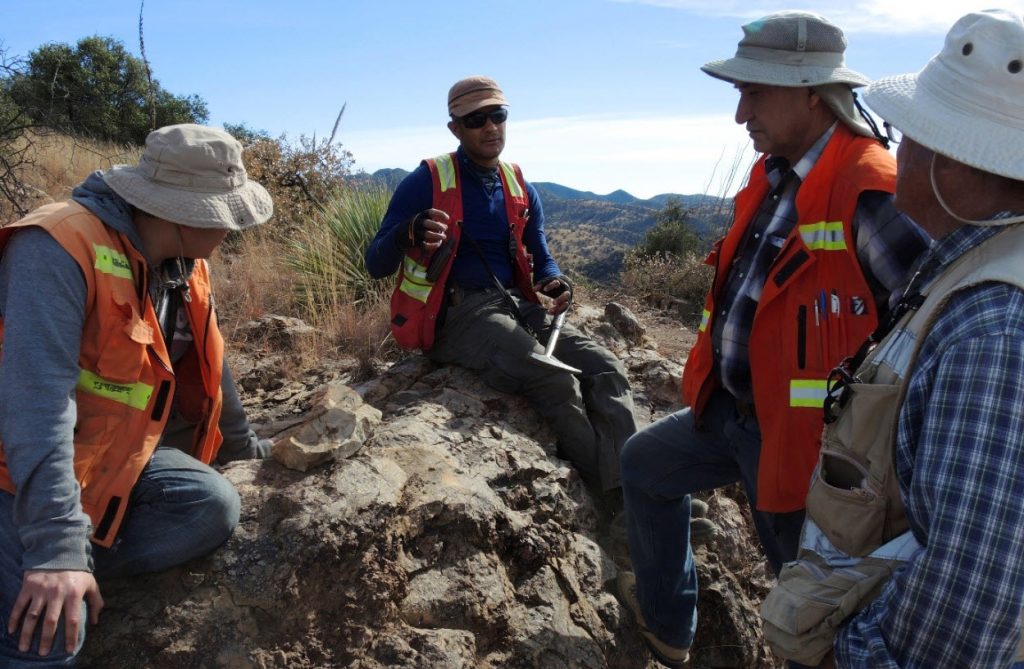 Azure Minerals Limited (ASX: AZS) (“Azure” or “the Company”) is pleased to provide an update on results from its 100%-owned Alacrán project (“Alacrán” or the “project”) located in Sonora, Mexico.

Project operator Minera Teck S.A. de C.V. (“Teck”), a 100%-owned subsidiary of Canada’s largest diversified resource company, Teck Resources Limited, is currently earning back into the project. Work conducted during 2018 represents the second year of activity in a total four-year program which entitles Teck to earn back a 51% share of the project by sole-funding US$10 million of exploration expenditures and making cash payments to Azure totaling US$500,000. Upon reaching an initial 51% interest in the project, Teck may further increase its interest to 65% by sole funding an additional US$5 million in expenditures over a further two years and making cash payments to Azure totaling an additional US$1.5 million.

The Phase 2 drilling program comprised 21 holes for 10,540.4m and the two programs completed in 2017 and 2018 total 35 holes for 15,455.1m. Full and complete assays from the Phase 2 program have been received and mineralized drill intersections are detailed in Tables 2 & 3.

Sixteen of Teck’s holes targeted the Cerro Alacrán prospect where porphyry-style copper mineralization lies beneath a blanket of copper oxides and chalcocite (an acid-soluble copper sulphide mineral) which was previously drilled by the Mexican Geological Survey in the 1970s and by Grupo Mexico in the 1990s. The remaining five holes targeted epithermal-style precious metals mineralization at Cerro San Simon and Cerro Colorado.

Figure 1: Areas targeted in Teck’s 2018 work program and other prospects 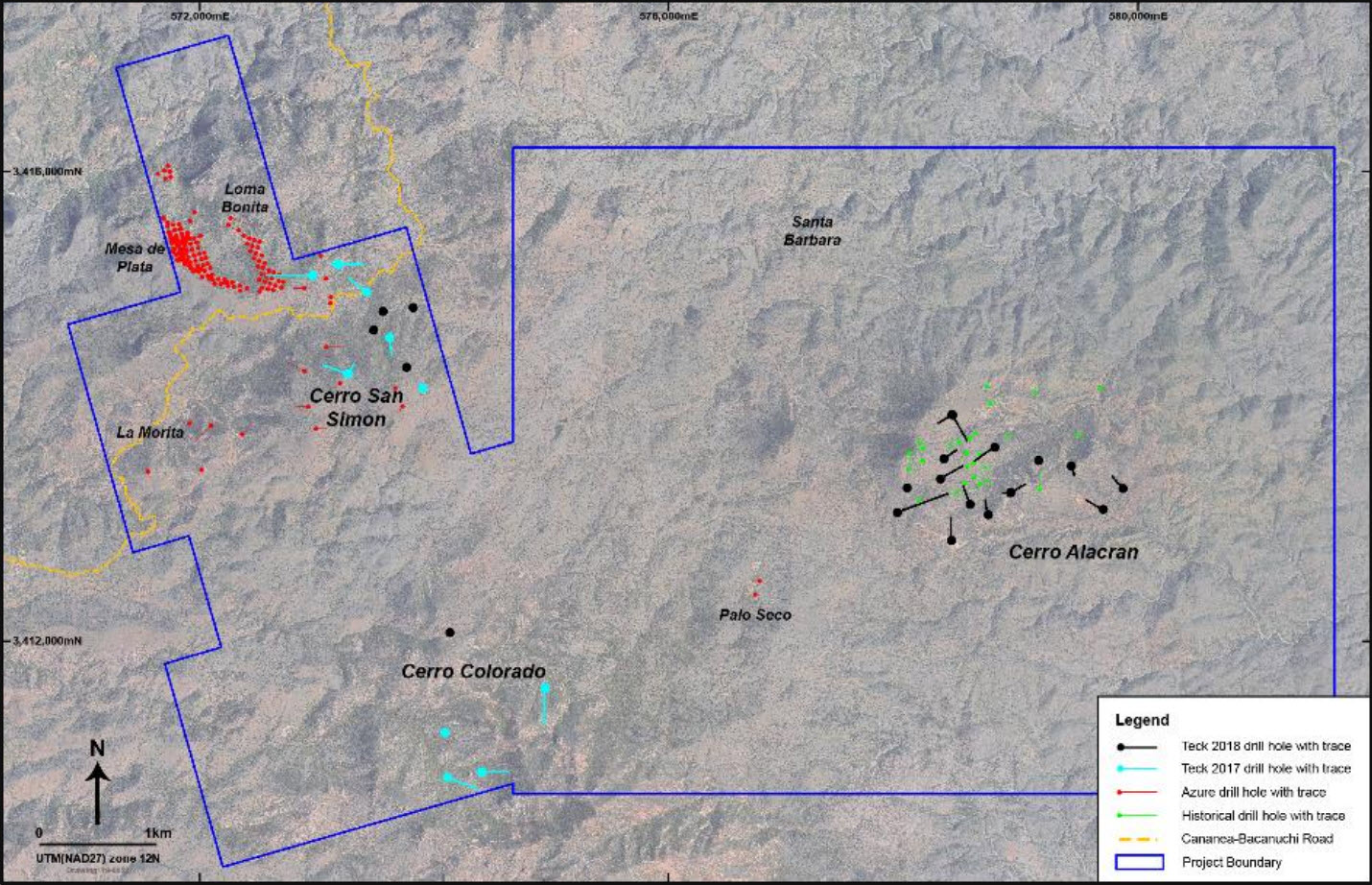 Collar location data for the 2018 drill holes is provided in Table 1.

The primary focus of the 2018 drill program was to test the potential of Cerro Alacrán to host a large porphyry copper±molybdenum±gold deposit. This program was the first modern drilling since historical drilling undertaken in the 1970s and 1990s intersected wide zones of low-grade copper oxides and chalcocite mineralization in the supergene zone.

Drilling has confirmed that copper mineralization is contained within an area covering at least 2km x 1.5km (see Figure 2), with room for expansion.

Copper mineralization within the oxide zone (turquoise) and sulphide transition zone (chalcocite) was intersected in many drill holes, returning broad intercepts of low-grade copper and gold (for example: 131.7m @ 0.25% Cu & 0.11ppm Au from 42.3m in ALA-18-003). Mineralization is hosted in strongly altered breccias extending from surface to depths of around 200m.

Deeper drilling within the sulphide zone extended the previously known extents of strongly altered porphyry intrusions. Broad intercepts of disseminated chalcopyrite and porphyry-style veins containing chalcopyrite and molybdenite mineralization. As with the overlying oxide and transition zones, drilling within the primary sulphide zone intersected wide zones of low to moderate-grade copper mineralization, including: 137.0m @ 0.19% Cu from 418.9m in ALA-18-011 and 177.3m @ 0.21% Cu from 587.2m in ALA-18-014. 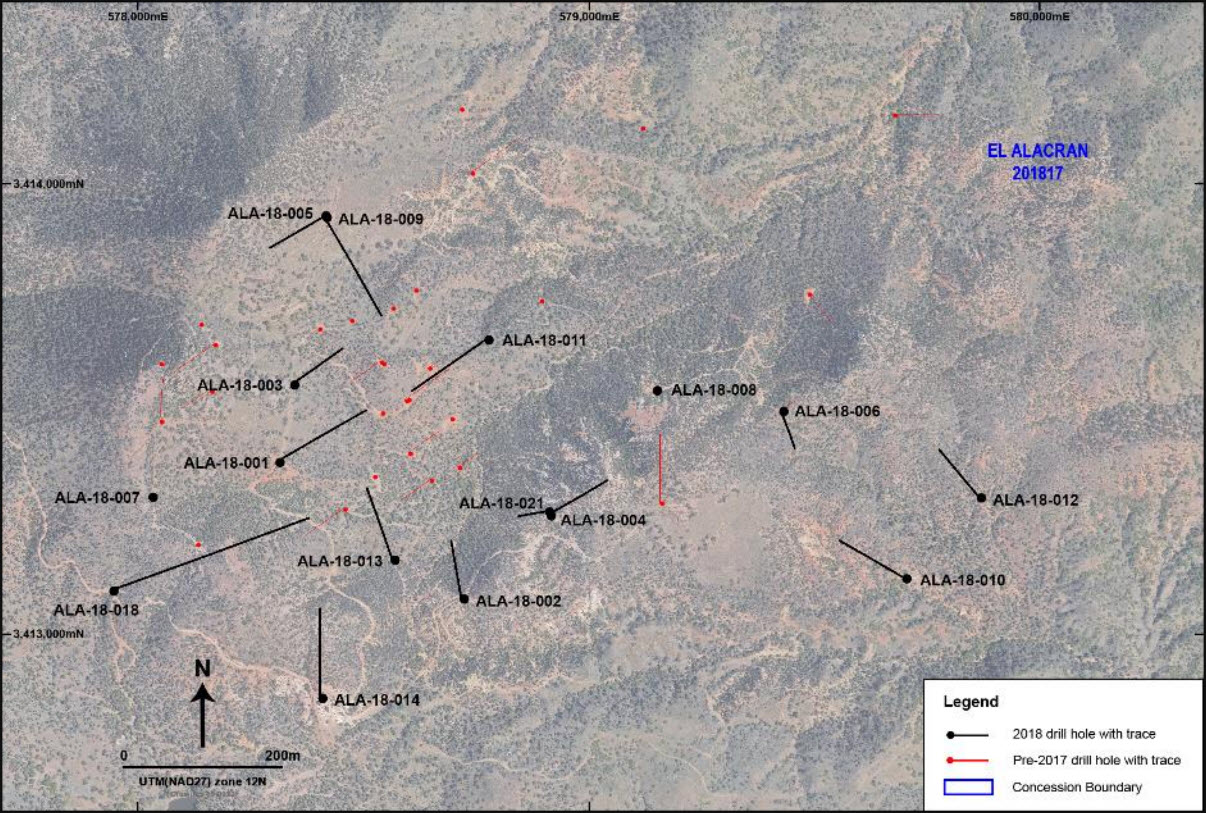 San Simon is a high-sulfidation epithermal gold-silver target associated with a stratigraphic horizon of vuggy silica. this was previously drill tested by Teck in 2017 and Azure in 2016, and gold and silver intersections included:

The objective of the 2018 San Simon drill campaign was to test the continuity of the gold and silver bearing horizon that extends from the San Simon hill north towards the Loma Bonita gold-silver deposit. A total of 988.4m of drilling was completed in four drill holes. The holes drilled through the target horizon however no significant gold or silver mineralization was intersected.

The only hole drilled at Cerro Colorado in the 2018 campaign (ALA-18-020) intersected a porphyry for most of the drill hole with alteration and a finely disseminated pyrite-silica hydrothermal brecciation from 120m to 300m (6% average pyrite content over this interval). The hole ended at 404.5m with no significant precious or base metal mineralization intersected.

Results from the 2018 exploration and drill program confirm the prospectivity of the Alacrán property to host porphyry-associated copper-molybdenum-gold mineralization, specifically at Cerro Alacrán.

The overall copper grades contained within the broad intersections are of low to moderate grade, in the range of 0.15% to 0.30% Cu, however, the presence of extensive mineralization over several square kilometers and the broad intercepts of disseminated chalcopyrite and porphyry-style veining supports the concept of a large mineralized system.

Drilling has not closed off the mineralized body at Cerro Alacrán either laterally or at depth. Further drilling will be required to define both the overall size of the body and to test for higher grade zones.

Work conducted during 2018 represents the second year of activity in a maximum four-year period for Teck to earn back a 51% share in the project.

Under the back-in agreement, Teck has an option to sole-fund US$10 million of exploration expenditure in accordance with the following schedule, and make cash payments to Azure totaling US$500,000:

Upon reaching an initial 51% interest in the project, Teck may further increase its interest to 65% by sole funding an additional US$5 million in expenditures over a further two years and making cash payments to Azure totaling an additional US$1.5 million. In this case, Azure will retain a contributing 35% interest in the Alacrán project. Grupo Mexico retains a 2% NSR royalty. 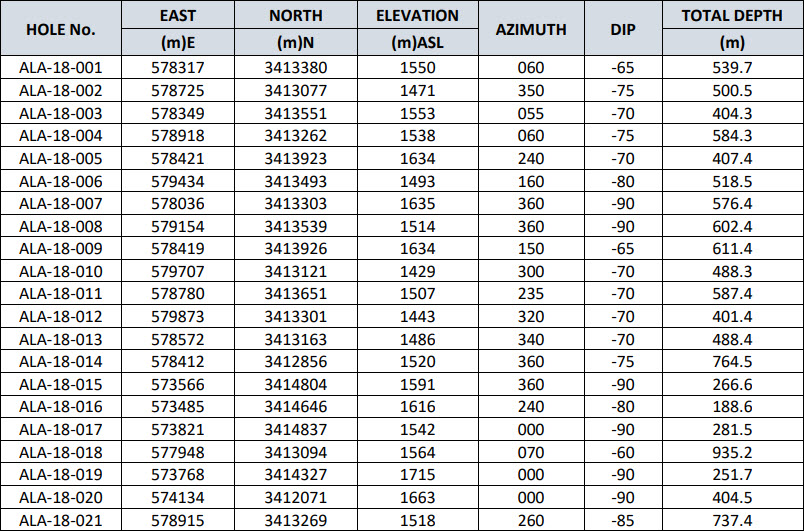 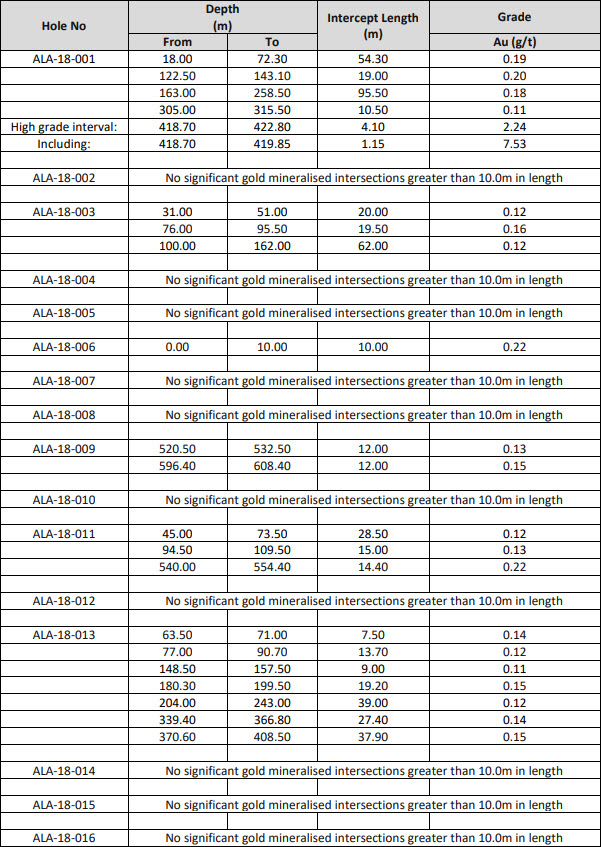 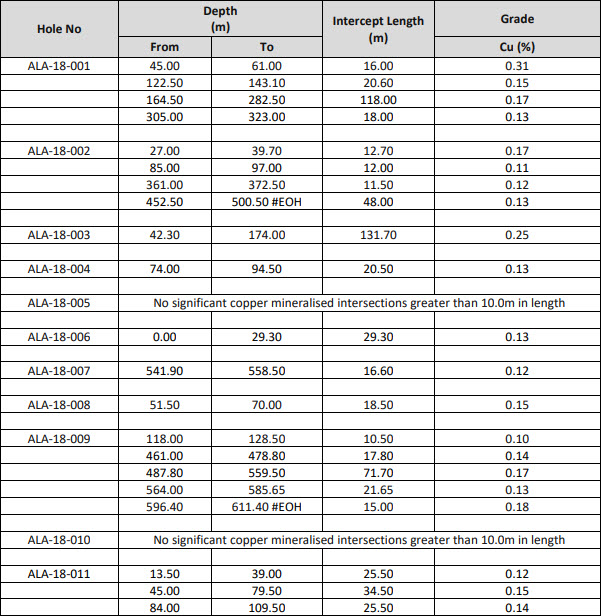 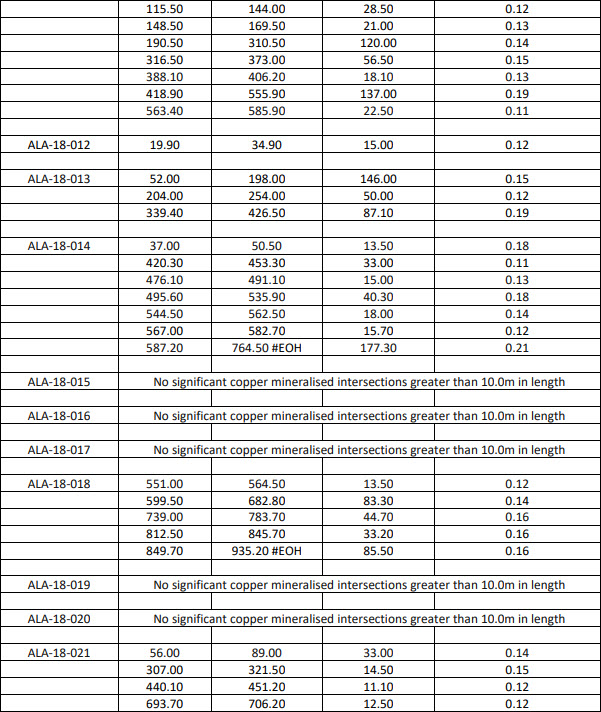