“Deep drilling at El Refugio has again returned an excellent gold-silver intercept with hole CDH-084 confirming the high- grade mineralisation over 100m down dip in the structure. The intercept is proximal to the bonanza grade intercept of CDH-077, which is currently interpreted as being outside of the main El Refugio structure (Figure 3).

Drill holes CDH-082 and CDH-083 are shallower holes drilled on the eastern side of El Refugio at El Cometa, where the mineralisation appears to be controlled by subsidiary fractures that are not parallel to the main Refugio-Cometa structure (such as in CDH-072). Both holes returned reportable intercepts, expanding the resource footprint 80m east. Drill hole CDH-081 and the previously reported CDH-080 may be re-entered and extended 50m to intercept a deeper interpreted structure.”

Intercepts for holes CDH-081 through CDH-083 are all in the Cometa (Refugio) vein. In the central section of El Refugio, at least as far east as CDH-070 and CDH-071 there is a deeper vein that these holes did not reach. It is expected that there are other changes happening in the Cometa portion of the deposit – sheeted (parallel) veins of Refugio give way to or are supplemented by the N – S fractures that host the extreme high-grade in CDH-072. Further drilling on this eastern side will follow up the high-grade CDH-072 intercept later this year.

The current drilling through to CDH-090 consists of holes in the western extents of the current El Refugio maiden resource estimate (MRE) area will complete the database for the initial resource modelling to be undertaken by AMC Consultants. The drilling and the assay results are expected to be available late October 2021 with the resource estimation work being completed late November 2021. The independent site visit will be conducted in September 2021.

Deep high-grade intercepts such as in holes CDH-061, CDH-071 and CDH-077 bring mineralisation closer to potential access from a site with favourable logistics, taking advantage of the local topography. The CDH-077 ‘bonanza zone’ can be reached by an exploration drift (adit) of approximately 750 metres long. Such a drift would allow access for the close-spaced sampling that will be necessary to bring the bonanza grade zone into higher confidence resource categories. 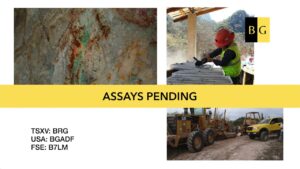 Bullish on Uranium and other Green Metals – John-Mark Staude 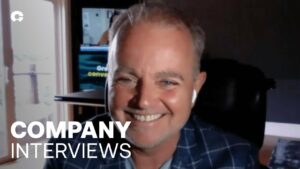 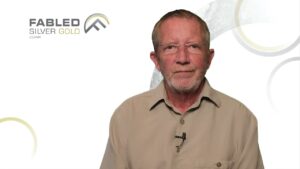 Oroco What is Going On?