Consolidated Zinc Limited (ASX:CZL) is pleased to announce high grade rock chip resultsfrom the first systematic mapping undertaken at Juarez Mine, as part of the on?going near mine exploration program.

Additional high grade results from the regional exploration program, particularly the Alfonsitos prospect, have also been returned and continue to support the prospectivity of this area.

Juarez Mine is located approximately 550 metres northwest of the Plomosas plant site with easy access from the portal to the mine by road. The mine development remains geotechnically sound, with the majority of the drives and stopes occurring within the competent Juarez Limestone unit.

Mining was previously undertaken by ASARCO with approximately 77,000 tonnes of high grade ore estimated to have been removed. No systematic exploration has previously been undertaken in this area.

Recent mapping by CZL hasidentified several massive sulphide horizons exposed underground. Assay results from the northern section are pending while those returned from the southern end include: 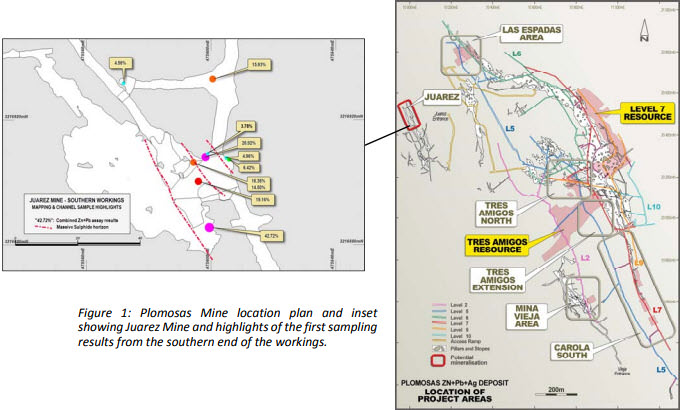 Continued regional mapping in the Alfonsitos area has highlighted additional key areas of mineralisation around the area of interest as well as 600m to the north west, at the Mina Mexico prospect. Figure 2 and the tables below provide details of the sampling and result in the region.

Further to the high grade exploration results announced by CZL to the ASX on 8 November, 2017, additional new sampling results received from Afonsitos prospect include best results of: 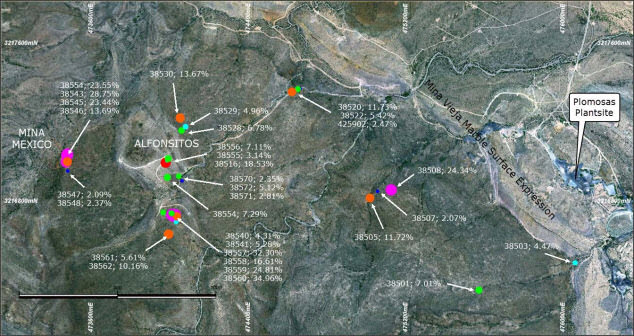 Figure 2: Regional exploration assay results from surface sampling to the north west of Plomosas mine. Mostly rock chip, channel and occasional dump samples are shown. Samples up to #38541 were previously announced to the market on 8 November, 2017.

DETAILS OF JUAREZ MINE EXPLORATION MAPPING AND SAMPLING

Mining activity at Juarez Mine occurred during the ASARCO days, with an estimated 77,000 tonnes of high grade ore removed1 . No systematic exploration was completed.

This mining was by long hole stoping, resulting in large pillars being left behind, however the stopes were long and narrow, following the trend of mineralisation.

Small scale mining was attempted prior to CZL commencing the systematic mapping and sampling program at Juarez Mine.

Sampling was completed by channel sampling across mineralised intervals. Samples were then described and placed into pre?numbered sample bags and then transported back to the geology yard.

Folding of the mineralisation is noted in the underground exposures, but can also be observed in the largerscale from previousstoping directions. A crosssection to the north asshown in Figure 4,shows the change in orientation of the stopes, as previous workers have followed the mineralisation. It can be seen that a possible ‘roll?over’ fold can be mapped out using this information, between one level to the next.

Two structural zones are noted in the area;

2) Northwest orientated structures that are late stage fractures, crosscutting northwest structures and may be responsible for allowing mineralisation leakage along their lengths. 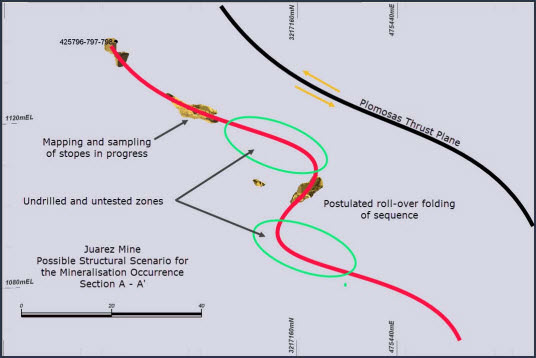 Figure 3: Schematic interpretation for the structural setting of Juarez Mine.

Further work in the area will include; 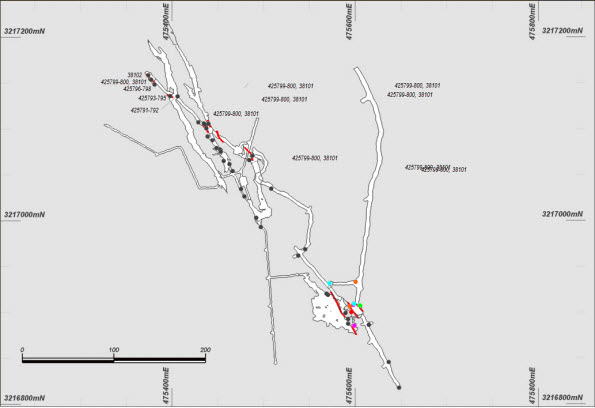 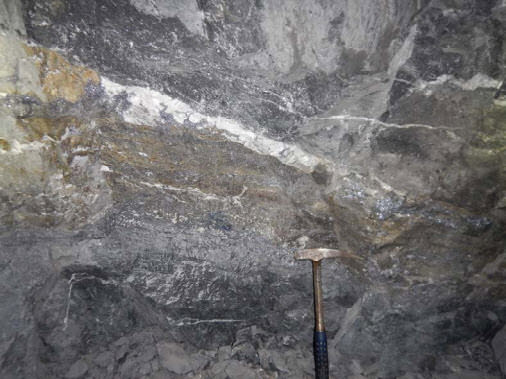 Figure 5: Massive sulphide mineralisation located in the northern stopes of Juarez Mine 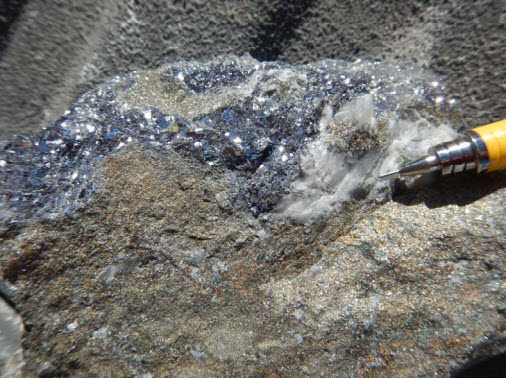 Figure 6: Hand sample of the PLATE 1, showing massive galena, sphalerite and pyrite, similar style of mineralisation to that at Tres Amigos 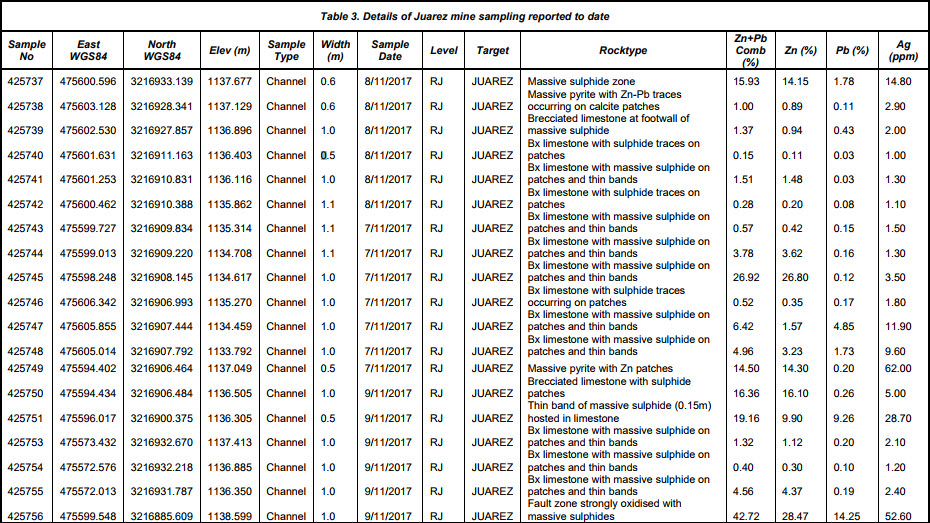 Consolidated Zinc Limited (ASX:CZL) is a minerals exploration company listed on the Australian Securities Exchange. The Company’s major focus is in Mexico where it recently acquired 51% of the exciting high grade Plomosas Zinc Lead Silver Project through its majority owned subsidiary, Minera Latin American Zinc CV SAPI.   Historical mining at Plomosas between 1945 and 1974 extracted over 2 million tonnes of ore grading 22% Zn+Pb and over 80g/t Ag.  Only small scale mining continued to the present day and the mineralised zones remain open at depth and along strike. The Company’s main focus is to identify and explore new zones of mineralisation within and adjacent to the known mineralisation at Plomosas with a view to identifying new mineral resources that are exploitable.

The information in this report that relates to exploration results, data collection and geological interpretation is based on information compiled by Steve Boda BSc (Hons), MAIG, MGSA, MSEG and Andrew Richards BSc (Hons), Dip Ed, MAusIMM, MAIG, MSEG, GAICD.  Messrs Boda and Richards are both Members of Australian   Institute of Geoscientists (AIG) and Mr Richards is also a Member of the Australasian Institute of Mining and Metallurgy (AusIMM).