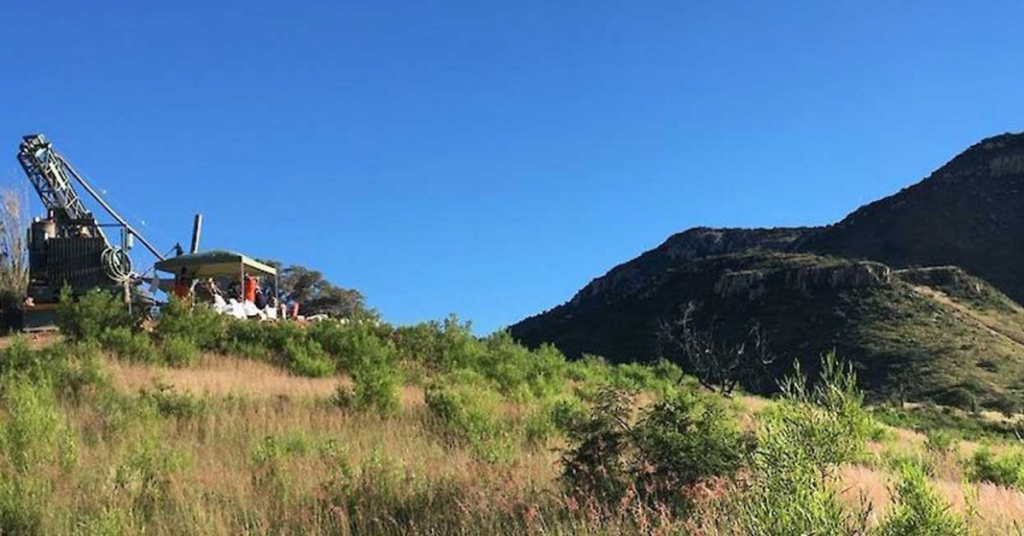 VANCOUVER, Canada, January 19, 2021 – Sonoro Gold Corp. (TSXV: SGO | OTCQB: SMOFF | FRA: 23SP) (“Sonoro” or the “Company”) is pleased to report the remaining assay results from its 2020 drilling campaign at the Cerro Caliche gold project in Sonora, Mexico.  The 2021 drilling program is currently underway with approximately 50 additional RC and core holes expected to be completed by the end of the first quarter.  The latest assays further support the Company’s consideration of the viability for a bulk mining heap-leach development proposal with a conceptual throughput of up to 20,000 tonnes per day (tpd).

At the El Colorado gold mineralized zone, located in the southwestern region of the concession, four core holes were drilled to test the periphery of the zone’s intensely drilled higher grade gold shoots where drill holes announced December 18, 2020 include:

Three of the four new holes successfully tested the southeastern and northwest periphery of the higher-grade shoots:

At the Cabeza Blanca gold mineralization zone, located directly north of the El Colorado zone, core holes SCD-030 and SCD-031 confirm the zone’s extension more than 50 meters to the north:

At the southeastern end of the Veta de Oro gold mineralized zone, four core drill holes, SCD‑032, SCD‑033, SCD‑034 and SCD-035, and two RC holes, SCR-156 and SCR-157, tested an area of vein stockwork and confirmed narrowing vein zone in the covered area between the Veta de Oro zone and the Abejas zone, located 500 meters to the south.

SCD-032 through SCD-035 were the final core drill holes of 2020 and are located directly south of drill hole SCD-015 which, as announced on December 8, 2020, intercepted 16.25 meters averaging 0.741 g/t AuEq, including 3.0 meters averaging 2.11 g/t AuEq. Management believes these drill holes establish the potential for a higher-grade zone of gold mineralization to extend to the north approximately one kilometer to El Rincon. In addition, the Company built roads and drill pads in preparation for the drilling to test the north striking zone between El Rincon and Veta de Oro.  Drilling at this very high potential zone is currently under way with results expected by the end of February.

The following assay results are the final six of 33 RC holes drilled during the 2020 drill program.  A total of 70 holes have been drilled within the Japoneses zone (which now includes Boluditos and Chinos NW zones) as the Company works to define the 1,300 meter long by 400 meter wide zone’s shallow oxide gold mineralization.  These holes are intended to infill gaps in the drill pattern.  Selected RC drill hole Intercepts from the Japoneses mineralized zone include SCR-151 with 27 meters averaging 0.694 g/t Au which is a wide addition to the zone’s near surface mineralization.  A high-grade vein with a width of 3.05 meters averaging 3.355 g/t Au, which was intercepted within the 27-meter interval, is interpreted to be a section of the main Japoneses vein.  Intersections in the Japoneses zone appear to have true widths approximately 15 percent less than reported as drill length intersections.

Drill collar locations, azimuths and dips for the drill holes included in this release are provided in the table below and have been posted to the Company’s website for all drill holes.

Mel Herdrick, Sonoro’s VP of Exploration, commented, “The focused drill program of 2020 was very successful in further outlining additional gold mineralization, part of which contains significantly higher gold grades.  We have a substantial amount of additional drilling planned to fully define the project’s considerable potential.  Our plan is to drill up to 50 more holes as part of this effort by the end of March of this year, which we expect will be in time to contribute further to the updated resource estimate to be prepared by Micon International.”

John Darch, Sonoro’s Chairman, stated, “From the outset, our pledge to shareholders has been to begin producing gold at Cerro Caliche as quickly as was reasonably achievable.  Our overall objective was, and continues to be, to generate free cash flow to be used to explore and define Cerro Caliche’s considerably larger mineralized potential, thereby shaping the Company’s future growth plans.  This way we hope to minimize the need to issue additional shares and, thereby, avoid diluting our existing shareholders’ interests in the Company, as we fund future exploration and development.”

Drill samples are collected with an airstream cyclone and passed into a splitter that divides each sample into quarters.  The quartered samples are then bagged and sealed with identification.  The sample group has blanks, standards and duplicates inserted into the sample stream.

Bureau Veritas (BV) collects the samples and transports them directly to the preparation laboratory in Hermosillo, Sonora.  At the laboratory, part of each sample is reduced through crushing, splitting and pulverization.  About 200 grams are sent by BV to their Vancouver, Canada laboratory and dissolved in aqua regia for multi-element ICP analysis, including silver.  Of these samples, 30 grams undergo fire assay in Hermosillo for gold by reducing the fire assay to a concentrated button of material that is dissolved in acids and the gold content determined by atomic absorption.

Host rocks include Jurassic-Cretaceous meta-sedimentary rock units including argillite, shale, quartzite, limestone, quartz pebble conglomerate and andesite.  Younger intrusive rock consisting of medium coarse-grained granodiorite-granite is present in the westerly parts of the concessions near the historic Cabeza Blanca Mine.  It is apparent that veining cuts and pervasively alters the intrusive stock.  Rhyolite occurs in irregular bodies distributed in higher elevations in the northerly part of the concession, including the Rincon area, where it occurs as flows, sills, dikes and rhyolite domes.  Part of the rhyolite is mineralized and appears to be related to epithermal gold mineralization throughout the property.

Stephen Kenwood, P.Geo., a Director of Sonoro, is a Qualified Person within the context of National Instrument 43-101 (NI 43-101) and has read and approved this news release.  Readers are cautioned that the presence of mineralization on historic mines adjacent to or on Cerro Caliche is not necessarily indicative of gold mineralization in the concessions held by the Company.

Sonoro Gold Corp. is a publicly listed exploration and development company with a portfolio of exploration-stage precious metal properties in Sonora State, Mexico. The Company has highly experienced operational and management teams with proven track records for the discovery and development of natural resource deposits.

Forward-Looking Statement Cautions: This press release contains certain “forward-looking statements” within the meaning of Canadian securities legislation, relating to, among other things, the Company’s plans for the exploration, development and operations at the above- described Cerro Caliche Concessions, located in the municipality of Cucurpe, Sonora, Mexico, including statements regarding the anticipated release of additional assay results, an anticipated substantial increase in the current resource estimate for Cerro Caliche, the preparation and release of a favourable PEA supporting the Company’s plans for a proposed 20,000 tonne per day HLMO, including a targeted December 2021 production start date and the potential for revenue-positive operations, confirmation of the results of previous in-house column leach test results, the hope for results of continued exploration drilling, including to test high-grade targets, and other material conditions set out above on which the Company’s development plans are dependent. Although the Company believes that such statements are reasonable based on current circumstances, it can give no assurance that such expectations will prove to be correct. Forward-looking statements are statements that are not historical facts; they are generally, but not always, identified by the words “expects”, “plans”, “anticipates”, “believes”, “intends”, “estimates”, “projects”, “aims”, “potential”, “goal”, “objective”, “prospective” and similar expressions, or that events or conditions “will”, “would”, “may”, “can”, “could” or “should” occur, or are those statements, which, by their nature, refer to future events. The Company cautions that forward-looking statements are based on the beliefs, estimates and opinions of the Company’s management on the date the statements are made and they involve a number of risks and uncertainties, including the possibility of unfavourable exploration and leach test results, unfavourable results of the contemplated PEA of the Cerro Caliche project, the lack of sufficient future financing to carry out exploration and development plans and unanticipated changes in the legal, regulatory and permitting requirements for the Company’s exploration programs. There can be no assurance that such statements will prove to be accurate, as actual results and future events could differ materially from those anticipated in such statements. Accordingly, readers should not place undue reliance on forward-looking statements. The Company disclaims any intention or obligation to update or revise any forward-looking statements, whether as a result of new information, future events or otherwise, except as required by law or the policies of the TSX Venture Exchange. Readers are encouraged to review the Company’s complete public disclosure record on SEDAR at www.sedar.com.