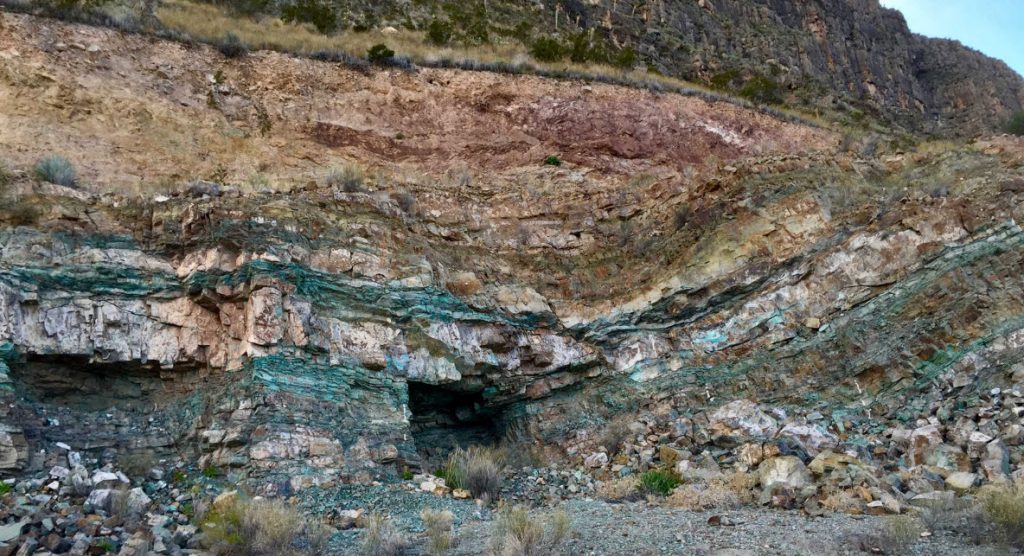 Calgary, Alberta (November 14, 2018) – PRIZE MINING CORPORATION (“Prize” or the “Company”) (TSXV:PRZ) (OTCQB:PRZFF) (MQSP:GR:FRANKFURT) is pleased to announce that the first four drill holes at the Manto Negro Copper Project in Coahuila State, Mexico have returned consistent widths and grades of copper-silver mineralization. In addition, continued surface channel sampling has extended the potential strike length of the mineralized horizon in the Pilar Grande area to more than four kilometres.

“The first holes at Manto Negro are giving us a good sense of the style and continuity of copper-silver mineralization”, stated Michael McPhie, President & CEO of Prize Mining.  “Unlike porphyry copper deposits that have a strong vertical component, the stratabound nature of the deposits at Manto Negro gives them a tremendous lateral extent.  The two areas being drilled are 18 kilometres apart and, at the Pilar Grande area, we can now trace the mineralization intermittently for about four kilometres.  The grades and thicknesses we are seeing are consistent with those from the world class Kupferschiefer deposits in Europe.”

The first two holes from each of the El Granizo and Pilar Grande Mine areas intersected the target zone as anticipated, with consistent thicknesses of 3.40 – 4.40m and relatively consistent grades.  Mineralization consists predominantly of disseminated chalcocite with minor chalcopyrite, and some secondary copper minerals such as malachite and chrysocolla.  Drilling continues with three rigs at the two sites, with 15 holes planned for each area.

The area sampled, known as El Rincon, lies approximately 1,600m north of the current drilling at Pilar Grande and sampling covered approximately 200m along the target stratigraphy.  The weighted average grade of the channels was 2.13% Cu and 63g/t Ag over an average channel height of 3.41 metres (see table below). Forty-five individual samples were taken in total with 30 samples making up the 7 channels reported here.

Copper-silver mineralization on the Manto Negro Project belongs to the category of sediment-hosted stratabound copper deposits, similar in style to the world class deposits of the Kupferschiefer in Poland.

The Company followed a rigorous Quality Assurance/Quality Control program over the chain-of-custody of samples with the insertion of blanks and duplicates into the sample stream submitted to the laboratory for analysis. Sample preparation and analysis took place at the SGS facility in Durango, Mexico.

Robert Archer, P.Geo., a Director of the Company, is a Qualified Person under NI 43-101, is the Company’s nominated qualified person responsible for monitoring the supervision and quality control of the programs completed on the Company’s properties.  Mr. Archer has approved and verified the scientific and technical information in this news release.

Prize is a junior mining issuer listed on the TSX Venture Exchange.  Prize is focused on the exploration and development of the Manto Negro Copper Property in Mexico and the Kena Gold Property in BC.  Find out more at: www.prizemining.com

Forward-Looking Statements. This news release contains forward-looking statements. Forward-looking information is frequently characterized by words such as “plan”, “expect”, “project”, “intend”, “believe”, “anticipate”, “estimate”, “scheduled”, “potential”, or other similar words, or statements that certain events or conditions “may”, “should” or “could” occur.

The forward-looking statements are based on certain key expectations and assumptions made by Prize, including the assay results of the 2017 and 2018 sampling programs ad the 2018 diamond drilling program on Prize’s Manto Negro Property.  Although Prize believes that the expectations and assumptions on which the forward-looking statements are based are reasonable, undue reliance should not be placed on the forward-looking statements because Prize can give no assurance that they will prove to be correct.  There is no assurance that the result of these exploration programs will be successful.  Since forward-looking statements address future events and conditions, by their very nature they involve inherent risks and uncertainties. Actual results could differ materially from those currently anticipated due to a number of factors and risks.  These include, but are not limited to, exploration risks and that required regulatory and third-party approvals and consents are not obtained on terms satisfactory to the parties within the timelines provided.

The reader is cautioned that assumptions used in the preparation of such information, although considered reasonable by the Company at the time of preparation, may prove to be incorrect and readers are cautioned not to place undue reliance on forward-looking information, which speaks only as of the date hereof.  The Company does not undertake any obligation to release publicly any revisions to forward-looking information contained herein to reflect events or circumstances that occur after the date hereof or to reflect the occurrence of unanticipated events, except as may be required under applicable securities laws.