Commenting on the drilling campaign, Azure’s Managing Director, Mr Tony Rovira said, “The latest results from the Oposura East Zone continue to be encouraging, with high grade zinc and lead mineralisation being consistently intersected, confirming the continuity of the near to surface, massive sulphide mineralised horizon. While drilling initially focused on the East Zone, drilling is now being conducted concurrently in both the East and West Zones, and results continue to be regularly received.

“The resource drill-out is proceeding smoothly and is on time to be completed in February, enabling a maiden mineral resource estimate to be released by April 2018. Further drilling to test possible resource extensions and additional exploration potential is in planning.”

By the conclusion of 2017, Azure’s first drilling campaign at Oposura had completed 72 diamond drill holes for 4,424m, the majority of which were focused on the Oposura East Zone (see Figures 3 & 4). Following the end-of-year break, drilling has recommenced and is now being undertaken concurrently on both the East and West Zones and further results are expected to be reported shortly.

Mineralisation remains open to the south and west of OPDH-036, OPDH-023 and OPDH-026 and further drilling is planned for this area.

Encouragingly, OPDH-027, which tested a part of the East Zone where no historical drilling occurred, intersected flat-lying, high-grade mineralisation including an interval of 2.65m at 9.53% Zn and 0.87 % Pb from 80.10 metres downhole. This mineralisation is located approximately 20m to the north of and at the same level as the massive sulphide zone observed in the historical Tunnel D, as shown in Figure 4, confirming continuity of mineralisation in this area.

Most of Azure’s holes along the eastern part of the deposit have intersected fresh, unoxidized, massive sulphides within 10m of surface. This is consistent with sampling of near surface mineralisation in the historical underground workings and augurs well for an initial open pit mining operation in this area.

Historically, more than 100 diamond core holes were drilled by previous explorers at Oposura, with the majority intersecting significant zinc and lead mineralisation. Azure’s resource drill-out coincides with the previously drilled mineralised zone, and many of the Company’s holes are either “twinning” or are being drilled close to historical holes. To date, Azure has observed that its drill holes closely replicate the sulphide intercepts achieved in the historical holes, which provides confidence that a substantial resource will be confirmed.

The Company is aiming to conclude the resource drill-out in February 2018 and to complete the Company’s maiden mineral resource estimate by April 2018. Once the current resource drill-out program is complete, drilling will continue to expand the area of currently defined mineralisation and, ultimately, the resource, and to explore for repetitions and extensions of the mineralised zones elsewhere within the property. 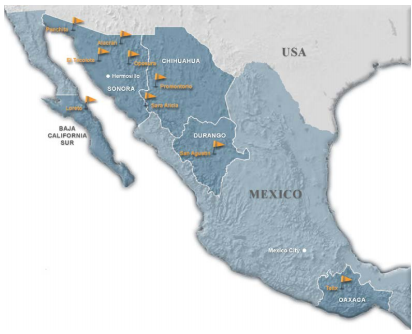 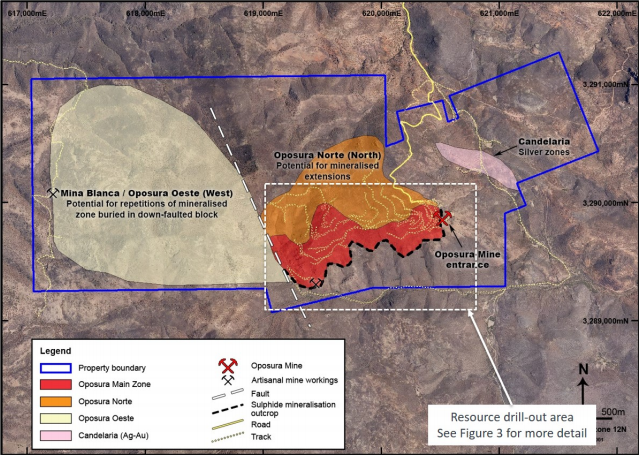 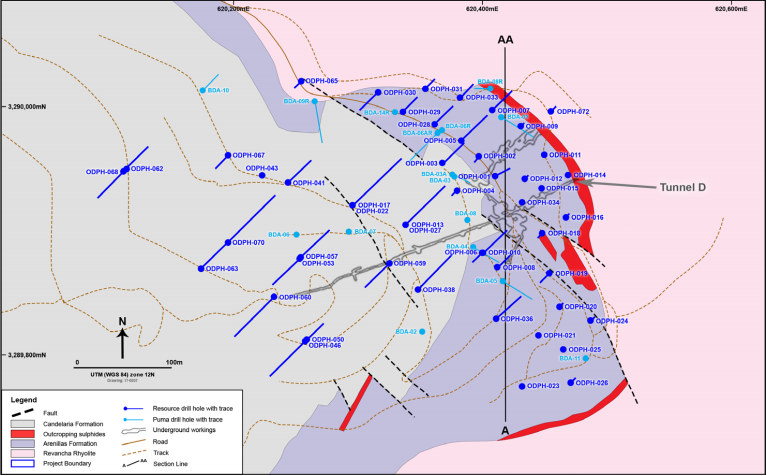 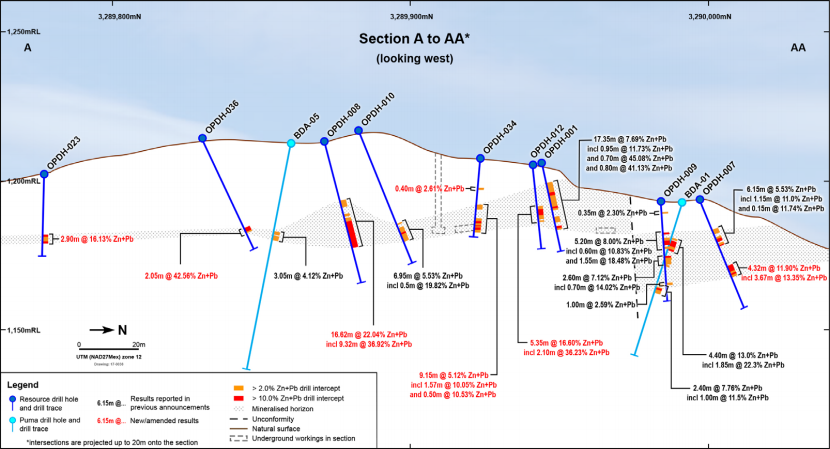 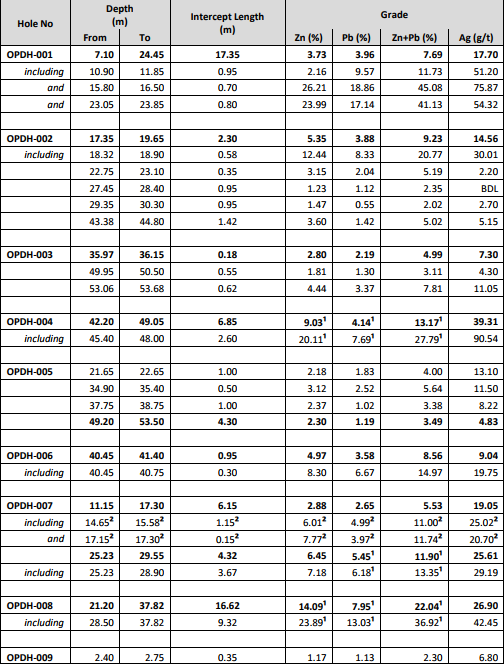 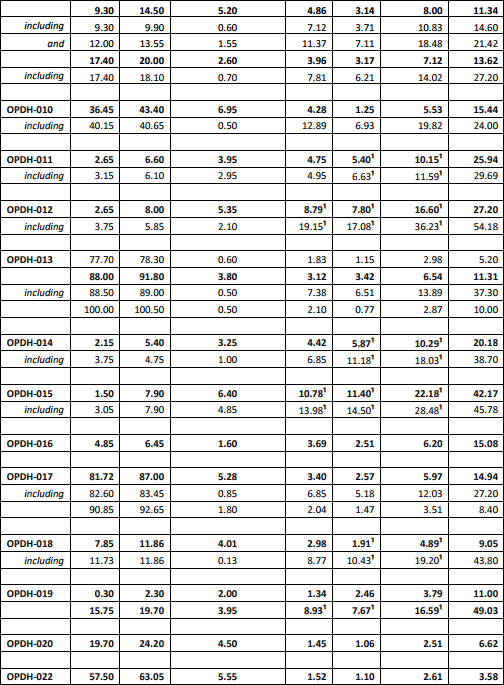 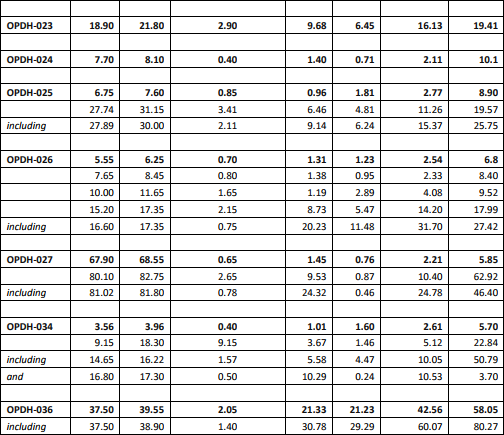 ² Denotes results that were not included in the previous announcement 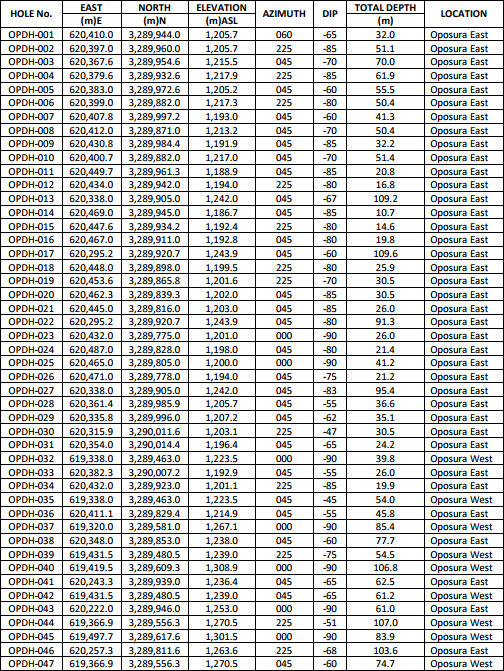 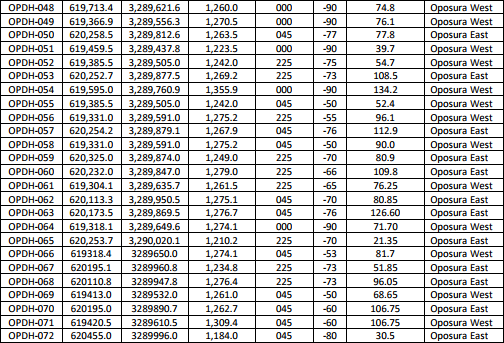