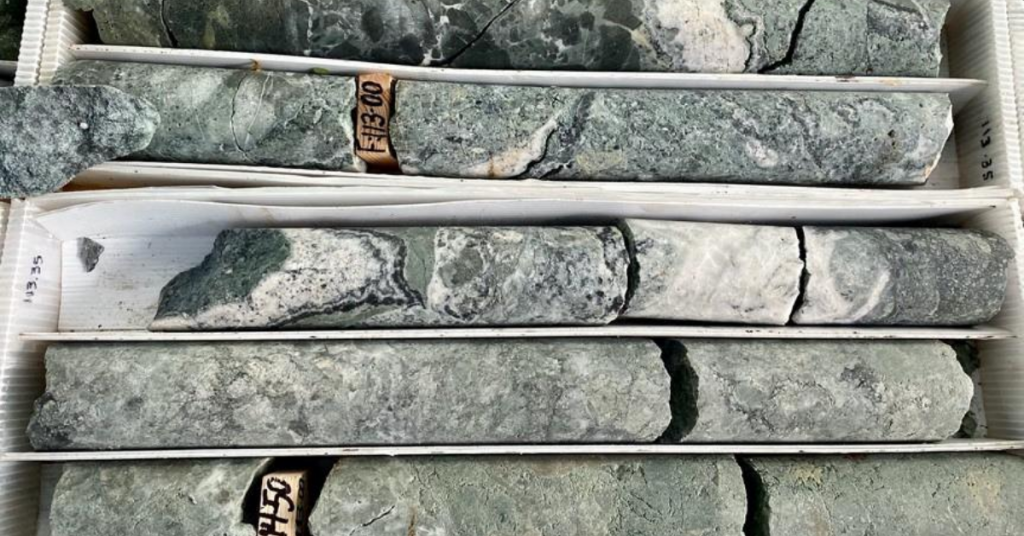 Mithril Resources Limited [ASX: MTH] (“Mithril” or the “Company”) is pleased to advise that assays have been received for the first two drill holes of its maiden 5,000m diamond core drill program. Drilling at La Soledad, the first of six areas to be tested in the 5,000m maiden drill program is progressing well.

The next 6 holes completed have continued to intersect the La Soledad vein at depth and further along strike. Assay results for the next batch of drill samples are expected by mid-September 2020. The maiden drilling program (35 holes) is on track to complete early November 2020.

“We are extremely pleased to have intersected the high grade La Soledad vein with the first drill hole of the program and excited to report these bonanza grades for both gold and silver. The second hole located part of the old workings and also returned an excellent intersection from the footwall of the vein.

It can be challenging drilling around old workings and relying on historic information. These first two holes have given us valuable information not just for gold and silver grades but also the location of old workings and the La Soledad vein itself, which we have continued to intercept with the subsequent six completed holes.”

1 Metal equivalent grades are reported using a 70:1 silver to gold price ratio. This ratio is based on the gold and silver prices reported on kitco.com as of 25 August 2020 (actual ratio at that date 72.65:1).

The drilling program at Copalquin commenced at the La Soledad mine, drilling beneath the historic workings. To date 8 holes have been completed. Three additional holes were commenced but were abandoned at depths between 10 and 21m due to movement in the rock fill drill pads following some heavy rains during August, which is typically the wettest month during the year. Two additional pads were established in the second drill target location at La Soledad and the planned holes were completed with minimal impact on the program and budget. Drilling at La Soledad will be completed during this first part of the program with three more holes targeting the vein 60 – 80m down dip in the coming weeks. Further follow up holes at La Soledad are planned for later in the program. The drill rig will then be moved to El Refugio, the oldest mine at Copalquin, to complete a series of holes which is aimed at confirming previous historic drilling. The drill will then be moved to El Cometa to test the extents of the high-grade gold intercepts reported from the historic drilling in that area.

Drilling is being performed by Globexplore, a large and highly experienced Mexican drilling contractor, using a man-portable diamond core rig capable of drilling HQ size core to depths of 400m. All holes will be downhole surveyed with some holes marked for oriented core, which is important for geologic understanding and mine design/planning.

The previously drilled areas of La Soledad-Refugio-Cometa are the first targets and the drilling team have a high degree of confidence in achieving strong results. Drilling will move across to Los Pinos and the multi- level mine of Los Reyes, extending the total strike length tested to 2 km. The expanded program will allow further drilling at the important multi-level mine areas of San Manuel and La Constancia as well as follow up holes at La Soledad-Refugio-Cometa. Drill target field work is ongoing.

Globexplore and the Company have coordinated measures to work within the Mexican Government guidelines established for safe work practices during the COVID-19 pandemic.

The Copalquin Gold Silver Project is located in Durango State, Mexico and covers an entire mining district of 70km2 containing over 32 historic Gold and Silver mines and workings. The district is within the Sierra Madre Gold Silver Trend which extends north-south along the western side of Mexico and hosts many world class Gold and Silver deposits.

For further information on the company and our projects, please visit: www.mithrilresources.com.au

The information in this report that relates to sampling techniques and data, exploration results and geological interpretation has been compiled by Mr Hall Stewart who is Mithril’s Chief Geologist. Mr Stewart is a certified professional geologist of the American Institute of Professional Geologists. This is a Recognised Professional Organisation (RPO) under the Joint Ore Reserves Committee (JORC) Code. Mr Stewart has sufficient experience of relevance to the styles of mineralisation and the types of deposits under consideration, and to the activities undertaken, to qualify as a Competent Person as defined in the 2012 Edition of the Joint Ore Reserves Committee (JORC) Australasian Code for Reporting of Exploration Results, Mineral Resources and Ore Reserves. Mr Stewart consents to the inclusion in this report of the matters based on information in the form and context in which it appears. The Australian Securities Exchange has not reviewed and does not accept responsibility for the accuracy or adequacy of this release.