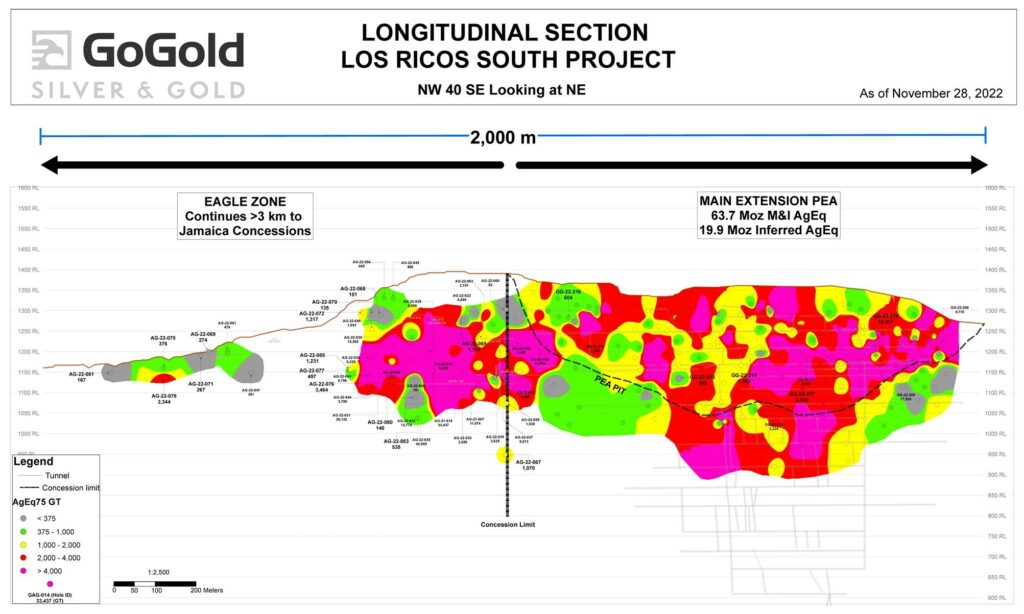 Halifax, NS – GoGold Resources Inc. (TSX: GGD) (OTCQX: GLGDF) (“GoGold”, “the Company”) is pleased to announce additional drilling results from the Main Deposit within Los Ricos South as well as from the newly acquired Eagle concession, which contains the northern strike extension of the Main Deposit on the Los Ricos South property. Highlights of the Main Deposit drilling include hole LRGG-22-218, which intercepted 7,093 g/t silver equivalent (“AgEq”) over 0.9m, contained within 4.8m of 2,558 g/t AgEq within a wider intercept of 15.0m of 828 g/t AgEq. See Table 1 for breakdown of silver and gold values.

“Drilling continues to expand the size of the newly acquired Eagle zone and continues to confirm high grade wide intercepts in the Main deposit,” said Brad Langille, President and CEO. “These results further confirm that both the Main zone and the Eagle are developing into bulk mineable high grade deposits which should significantly increase the value of Los Ricos South.”

The LRGG holes contained in the results above are part of a new drilling program at the Main Deposit. The purpose of the program is to better define the very high grade portions of the current deposit that may be amenable to bulk underground mining. The Company is carrying out a trade-off study to better define what portion of the deposit could be mined in a lower strip ratio pit and what portion would best be mined in more selective bulk underground mining. These holes are in addition to those drilled in 2019 and 2020 which formed part of the initial resource upon which the Los Ricos South Preliminary Economic Assessment (“PEA”) was based upon when it was released on January 20, 2021.

The Eagle concession adjoins the Main Deposit where the Los Ricos South PEA is contained. This represents an extension to this previously defined Mineral Resource Estimate at Los Ricos South. The concession covers 1,107 hectares, including the area between the Main Deposit and the Company’s Jamaica concession located 3km to the northwest, where the Company holds the rights to additional concessions. Due diligence drilling has returned the highest grade intercepts to date in the district. These wide high grade intercepts are consistent with geophysical targets on the new concession.

The Company exploration team has been completing detailed mapping and sampling at Jamaica over the last year and sees the same structure that was drilled in the main zone at Los Ricos South extending for several kilometres over the Jamaica concessions. This offers the potential for an additional bulk tonnage target in Los Ricos South, with continuity from the Main Area and Eagle. 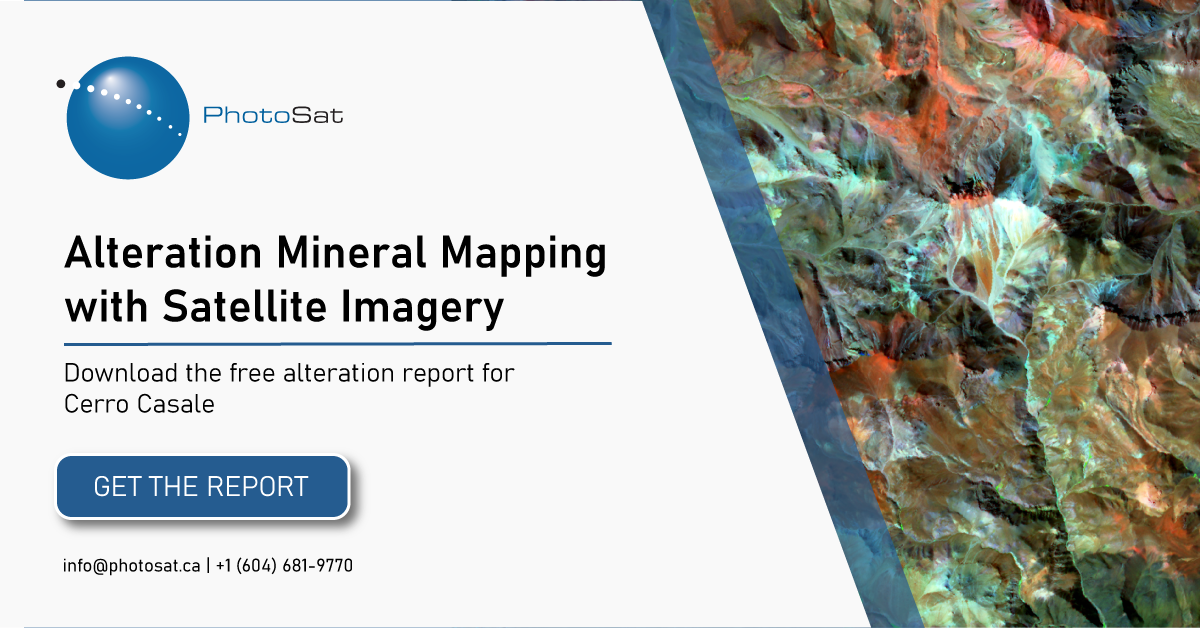 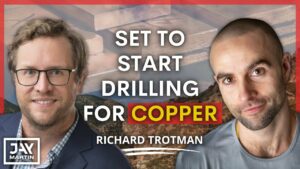 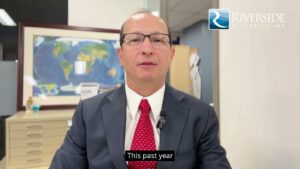 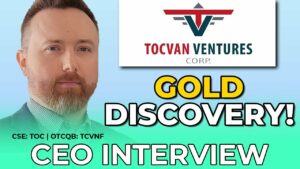 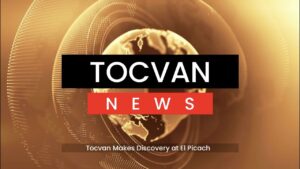 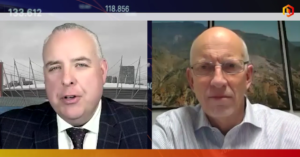 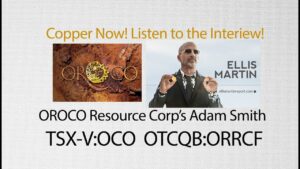 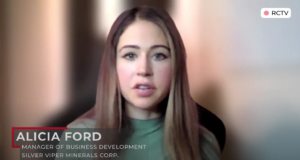 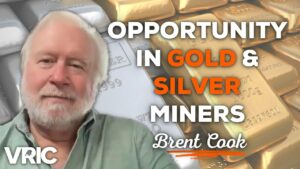