Azure Minerals Limited (ASX: AZS) (“Azure” or “the Company”) is pleased to announce the final assay results for its 100%-owned Oposura zinc-lead-silver project following the completion of the resource drill-out of the West Zone (refer Figure 1).

A highlight of the latest assay results is the intersection of 10.85 metres @ 14.39% Zn+Pb in drill hole OPDH-142 located on the northeastern edge of the West Zone resource drilling pattern (refer Figure 2). There is currently no drilling immediately to the northeast of hole OPDH-142 providing an opportunity for additional mineralised extensions in this direction.

The mineralisation intersected in OPDH-142 is situated at a depth of only 100m below surface, and it can be accessed with less than 200 metres of level mine development through mineralisation from where the mineralised zone outcrops.

This highlights the advantages provided by the flat-lying nature of the mineralisation in both the East and West Zones at Oposura.

Confirmation of the presence of massive sulphide mineralisation within the upper Candelaria Formation provides an opportunity to identify and potentially exploit mineralisation additional to that which is typically hosted within the underlying Arenillas Formation.

Azure’s managing director Mr. Tony Rovira stated: “Pleasingly, assays from the final drilling into the West Zone continue to identify thick, high grade mineralisation, with potential extensions still to be tested by future drilling. Furthermore, confirmation of the presence of mineralisation within the overlying Candelaria Formation provides additional opportunities, particularly when this knowledge is combined with information from historical mining at Oposura that indicates that potential Arenillas-hosted mineralisation remains untested.”

As with the East Zone, where the terrain rises to the north above the West Zone mineralisation (refer Figures 3), underground mining is expected to be carried out using a simple room and pillar mining method utilising industry-standard mechanised mining equipment. Some thick mineralised intersections in the West Zone comprise narrow bands of very high-grade mineralisation separated by lower grade or waste material.

Azure’s studies indicate that some of these thick mineralised zones may be more suitable to a “bulk” mining approach rather than “selective” mining, thereby reducing unit operating costs and maximising resource recovery. Metallurgical testwork results support this option.

The Oposura mineral resource estimate is expected to be completed this month. 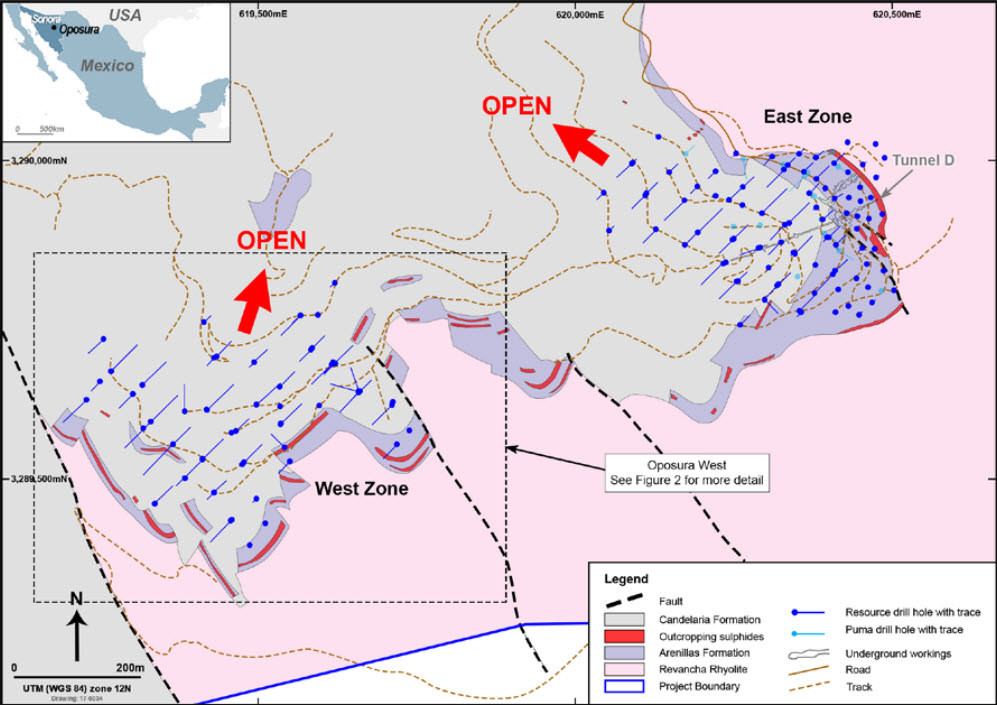 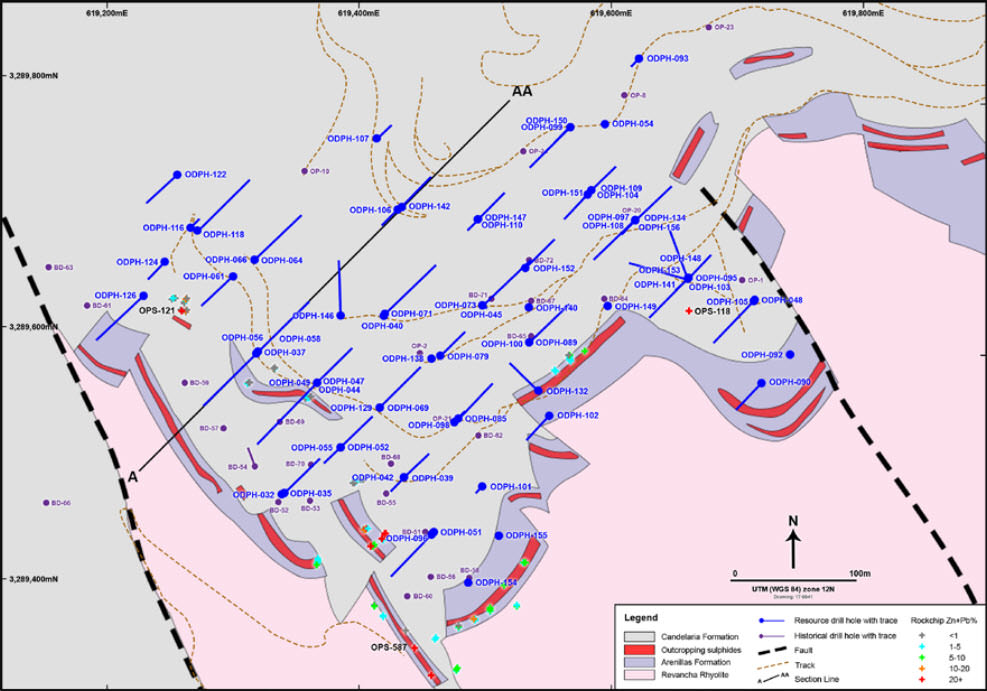 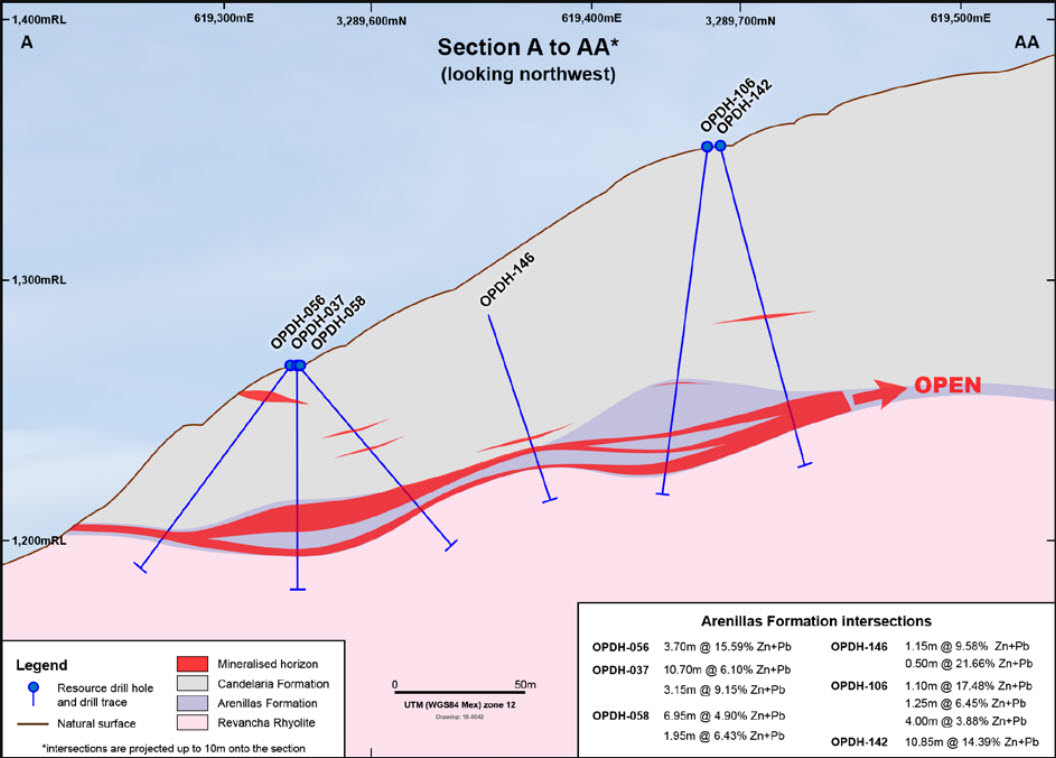 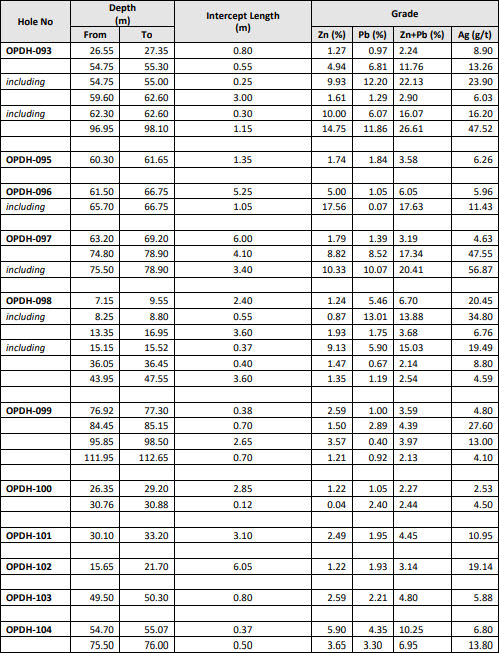 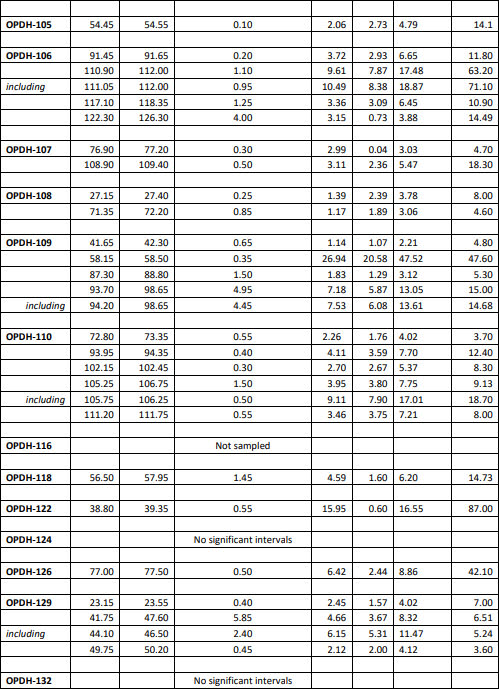 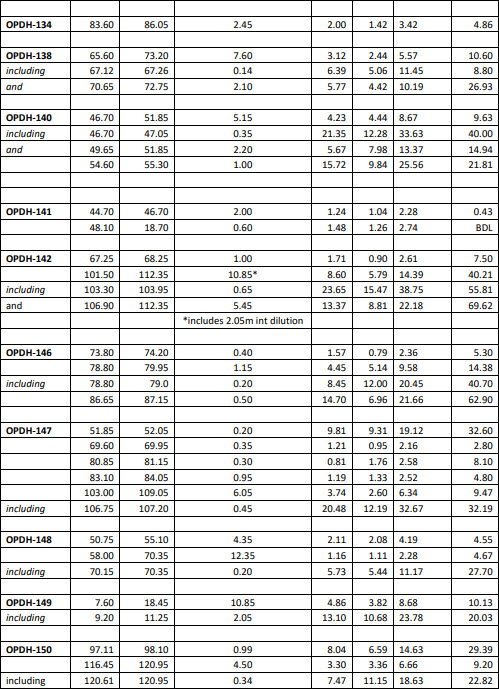 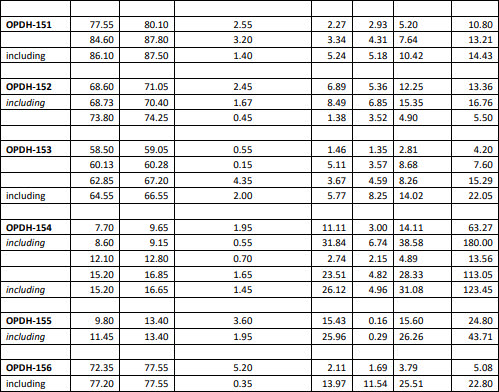 -ENDS-
For enquiries, please contact:
or visit www.azureminerals.com.au
Competent Person Statements:
Information in this report that relates to Exploration Results for the Oposura Project is based on information compiled by Mr Tony Rovira, who is a Member of The Australasian Institute of Mining and Metallurgy and fairly represents this information. Mr Rovira has sufficient experience relevant to the style of mineralisation and type of deposit under consideration, and to the activities undertaken, to qualify as a Competent Person as defined in the 2012 Edition of the Joint Ore Reserves Committee (JORC) Australasian Code for Reporting of Exploration Results, Mineral Resources and Ore Reserves. Mr Rovira is a full-time employee and Managing Director of Azure Minerals Limited and consents to the inclusion in the report of the matters based on his information in the form and context in which it appears.
Information in this report that relates to previously reported Exploration Results has been crossed-referenced in this report to the date that it was originally reported to ASX. Azure Minerals Limited confirms that it is not aware of any new information or data that materially affects information included in the relevant market announcements.
Original Article: http://azureminerals.com.au/wp-content/uploads/2018/06/180606.pdf