WITH increasingly positive exploration results and recent expansions to the project resource at its Plomosas zinc mine in northern Mexico, Consolidated Zinc (ASX: CZL, “ConZinc” or “the Company”) has revised its strategy to expand on plans outlined in the recent Scoping Study, released to the ASX last month.

Rather than commence small-scale mining as an initial step in 2018, the Company now sees an opportunity to move directly to more significant production in 2019, targeting over 250,000 tonnes per annum over a minimum mine life of 7 to 10 years.

The Company also plans to increase its equity in the project to 90 per cent during 2018. Moving forward, the company will focus on increasing the resource base through ongoing exploration activity and potential acquisitions, while continuing its feasibility study.

At the same time, the company is in the process of establishing strategic partnerships for offtake, funding and joint venture possibilities, while restructuring management in line with the skill sets required for mine development.

Managing Director Will Dix said while the Scoping Study confirmed the viability of Plomosas as a 100,000tpa zinc project, it also highlighted the opportunity to move to larger-scale operation.

“Commencing small-scale production next year is certainly a viable option to generate short-term cashflow with the aim of moving to more significant production within two to three years,” Mr Dix said.

“However, ongoing positive results within and in close proximity to the existing mine indicate very good opportunity to be more efficient with capital cost planning by moving directly to mainstream production.

“This revised strategy puts the company in a far better position to approach potential offtake partners and financiers, which will help facilitate our mine development plans.

“The slightly extended timeline to production will allow us to continue our successful regional exploration programs, significantly upgrade our mineral resource and convert a greater percentage of the current inferred tonnes into an indicated category.

“As we move towards exercising our option to gain 90 per cent ownership of Plomosas, we are confident the Company is well positioned to build a world-class zinc project within two years.”

A key aspect of the revised strategy will be refining and reducing capital requirements and costs flagged in the Scoping Study, including investigating access to grid power and completing metallurgical studies and process design for the Level 7 Deeps sulphide and semi-oxide mineralisation.

Plomosas, located in Chihuahua State, Mexico, is one of the world’s highest grade zinc projects, with a current JORC Resource of 968,000 tonnes at 15.9% Zn + Pb for 154,000 tonnes of contained metal.

The Resource increased in September 2017 by 70 per cent with 60 per cent growth in contained metal, just eight months after the maiden resource announcement, and remains open in multiple directions. Another resource update is scheduled for the end of the first quarter 2018.

Mr Dix said the Company was also assessing potential acquisitions of additional zinc projects located close to Plomosas, which would have the potential to further expand the total resource base.

Consolidated Zinc Limited (ASX:CZL) is a minerals exploration company listed on the Australian Securities Exchange. The Company’s major focus is in Mexico where it owns 51% of the exciting high grade Plomosas Zinc Lead Silver Project through its majority owned subsidiary, Minera Latin American Zinc CV SAPI. Historical mining at Plomosas between 1945 and 1974 extracted over 2 million tonnes of ore grading 22% Zn+Pb and over 80g/t Ag. Only small scale mining continued to the present day and the mineralised zones remain open at depth and along strike. The Company’s main focus is to identify and explore new zones of mineralisation within and adjacent to the known mineralisation at Plomosas with a view to identifying new mineral resources that are exploitable. 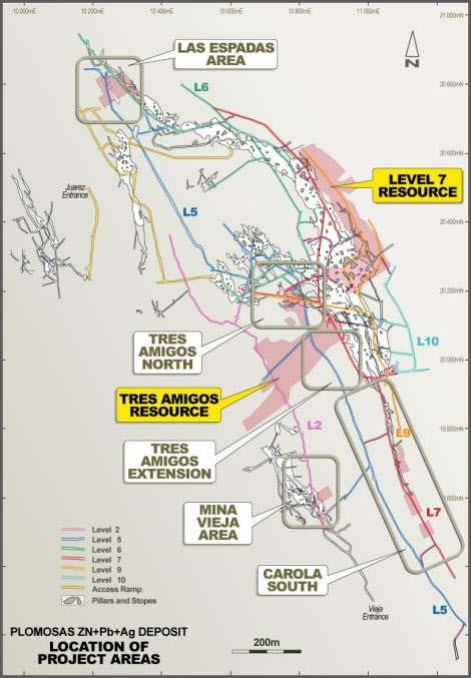 Figure 1. Plan view of the Plomosas mine showing location of the underground development and updated resource outlines. 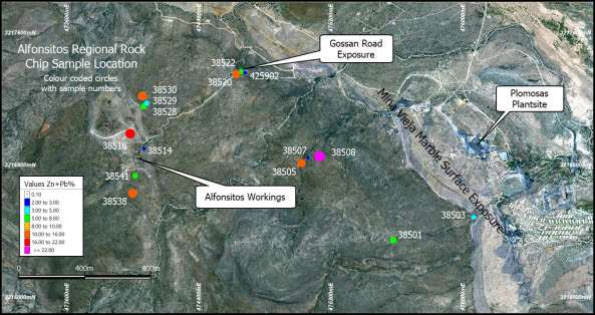 Figure 2 – Sample locations and grades at the Alfonsitos Prospect. 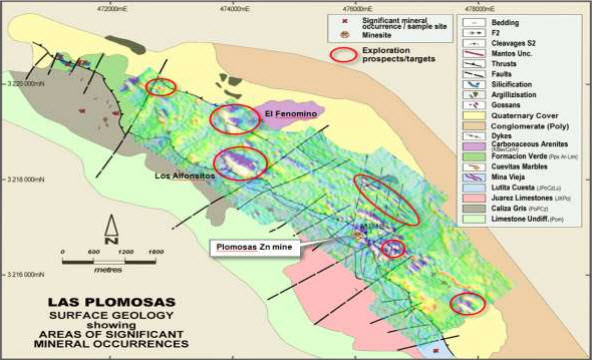