Consolidated Zinc Limited (ASX:CZL) (“Consolidated Zinc” or “the Company”) is pleased to announce it will commence mining at its Plomosas zinc-lead-silver project in northern Mexico. 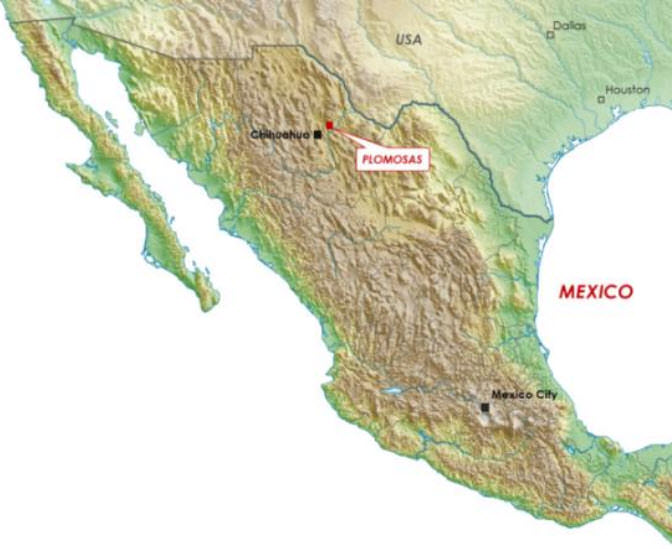 Figure 1. Location of Plomosas mine, Mexico

This follows the Company entering into a processing and offtake agreement with Grupo Mexico through their nearby Santa Eulalia concentrator with the Plomosas concentrate sold and delivered to Grupo Mexico’s San Luis Potosi smelter.

The CZL Board has approved the development plan and mining will commence immediately with monthly receipts commencing mid October 2018.

CZL has secured a finance package on attractive terms by way of convertible notes. This funding will enable CZL to commence mining at Plomosas and meet working capital requirements until the operations deliver cashflow.

Convertible notes were issued to CZL’s Chairman, Stephen Copulos ($1.0 million), and existing major shareholders ($250,000), and the Company thanks them for their continued support.

The convertible notes total $1.25 million over a term of 12 months, extendable to 24 months by mutual agreement, at an interest rate of 10% per annum. They are convertible, subject to shareholder approval, upon maturity at the note holders’ election at a share price of 1.0 cents (if converted during the initial 12 month term) or 1.5 cents (if converted between 12 and 24 month after the issue date).

Mining will follow the mine schedule prepared by Cube Consulting Pty Ltd (“Cube”) as described in the Company’s announcement to the ASX dated 10 August, 2018. Mexican mining contractor Servimin Sara has worked previously at Plomosas providing ground support and exploration mining activities and was mobilised to commence mining the high-grade Tres Amigos mineralisation from level 5 where there is immediate access.

Servimin Sara will initially mine 3,000 tonnes of high-grade mineralisation in the first month, ramping up to 7,500 tpm by the end of December 2018. October will be the first full month of high-grade feed delivery to Santa Eulalia. 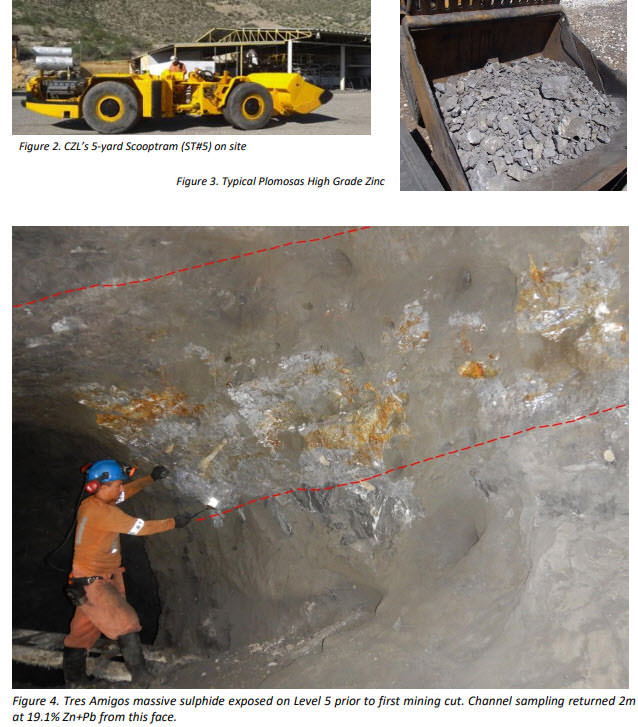 Mining will employ airleg stoping with the possible use of room and pillar methods where the dip of mineralisation makes this feasible, as per mining schedule developed by Cube Consulting.

The Company has entered into agreements with Grupo Mexico to process Plomosas ore through their plant at Santa Eulalia and sell the resulting concentrate to their Potosi smelter.

Grupo Mexico is a major mining house and Mexico’s largest miner as well as the worlds fourth largest copper producer. It has world class deposits throughout North and South America with base metal and precious metal mines in Mexico including Santa Eulalia located 35km south east of Chihuahua.

The Plomosas feed will be batched through the plant for a few days each month in batches of 2,500t. The agreement will be reviewed annually after the first trial month batch.

CZL has elected to proceed with processing the Plomosas ore through the Santa Eulalia plant as it will accelerate the delivery of production, provides comparable returns from the beneficiation of the Plomosas high-grade mineralisation on site and minimises initial capital requirements. 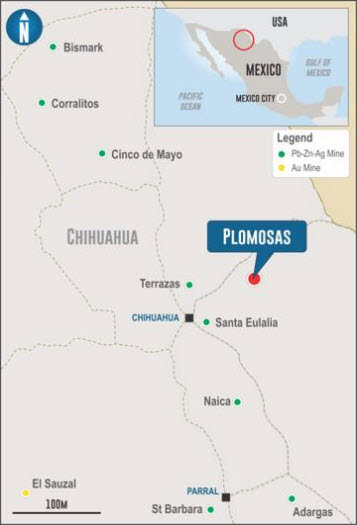 The agreements with Grupo Mexico will allow CZL to commence production for a minimal start-up capital expenditure and fast-track first revenues from the Plomosas Mine.

The Company is confident that the first cashflow can be achieved for a capital cost less than US$500,000 and the C1 operating costs are expected to be less than US$0.50/lb Zinc after by-product credits.

CEO Brad Marwood said, “Since joining the Company, my focus has been on the transition of CZL from explorer to producer. The Board’s decision to commence mining, having secured toll treatment and concentrate off-take agreements is a low risk, fast return option that will see mining re-established for a low capital cost.”

“Toll treatment through a proven process plant provides benefits from the efficiencies of scale and eliminates permitting and construction delays and costs. We expect to bed down the operations quickly to enable ongoing exploration that will suppport production for the coming years.’

“Recent exploration success has been significant and I anticipate that we will continue with more discoveries at Plomosas that will underpin CZL’s future. The opportunities and several targets have been identified and can now be funded.

“We look forward to working with Grupo Mexico which has an impressive record in Latin America, and hope to continue developing opportunities together.” 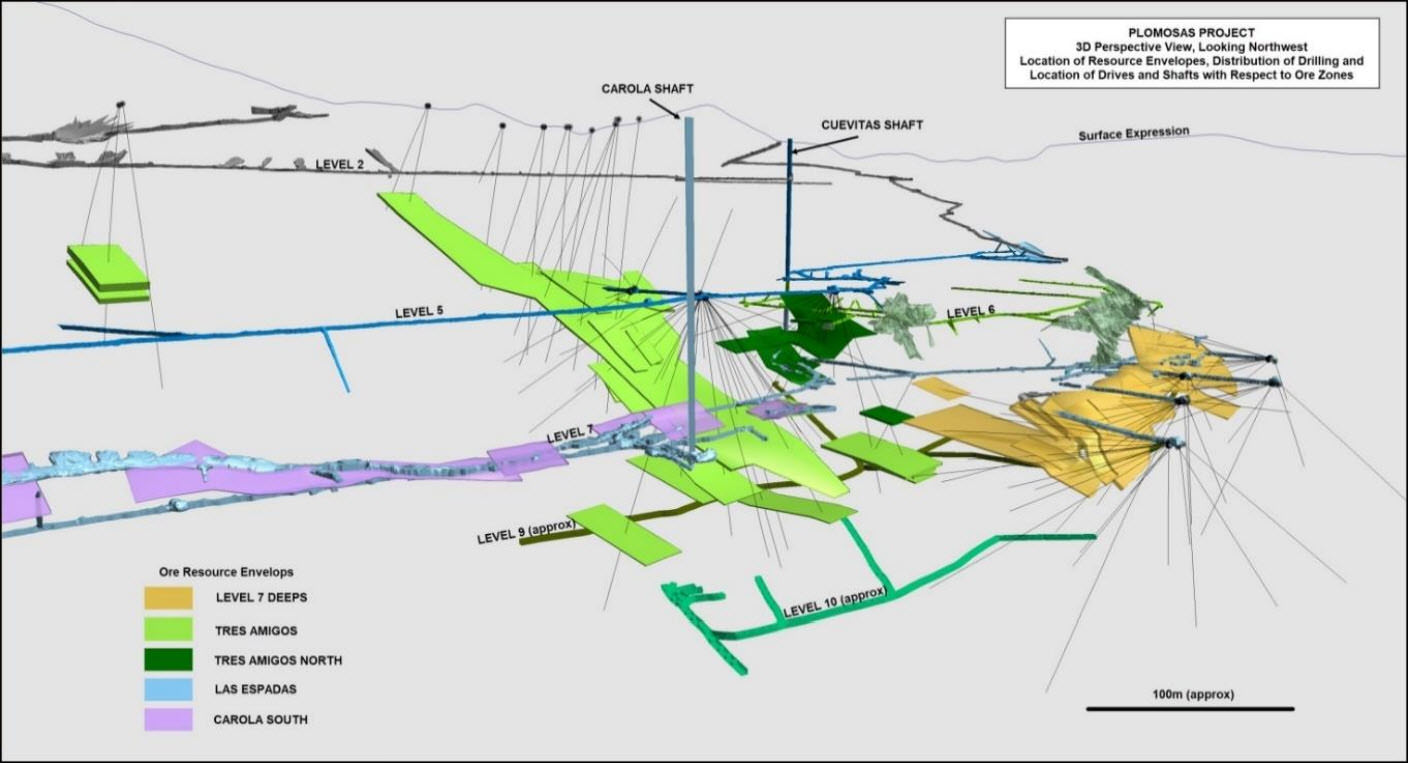 Consolidated Zinc Limited (ASX:CZL) is a mineral exploration company listed on the Australian Securities Exchange. The Company’s major focus is in Mexico where it acquired 51% of the exciting high grade Plomosas Zinc Lead Silver Project through its majority owned subsidiary, Minera Latin American Zinc CV SAPI in June 2015. Historical mining at Plomosas between 1945 and 1974 extracted over 2 million tonnes of ore grading 22% Zn+Pb and over 80g/t Ag. Only small-scale mining continued to the present day and the mineralised zones remain open at depth and along strike. The Company’s main focus isto identify and explore new zones of mineralisation within and adjacent to the known mineralisation at Plomosas with a view to identifying new mineral resources that are exploitable and bring these new resources to production.

Plomosas currently has a total Mineral Resource, independently estimated in accordance with the JORC (2012) reporting guidelines, of 1,178,000 tonnes @ 16.1% Zn+Pb and 22.2g/t Ag for 189,700 tonnes of contained Zn+Pb metal in both Indicated and Inferred categories. Infill and extensional drilling is ongoing to increase the resource and confidence categories.