Priority Drill Targets Confirmed for Next Phase of Drilling

Azure Minerals Limited (ASX: AZS) (“Azure” or “the Company”) is pleased to advise that the regional exploration program over the western half of the Oposura project area has identified areas of strong zinc and lead anomalism and high-grade gold, silver and base metal mineralisation on the Mina Blanca Ranch prospect.

The Company is planning to drill at Mina Blanca Ranch following the completion of the Oposura resource drill-out and upon receipt of the required approvals.

Commenting on the soil sampling results, Azure’s Managing Director, Mr Tony Rovira, stated: “Azure has undertaken the first modern exploration on the Mina Blanca Ranch in the western part of the Oposura property, and the systematic and technical approach is delivering positive results.

“This is obviously a strongly mineralised district, with our geochemical surveys identifying several anomalies with potential for zinc and lead mineralisation close to the Oposura resource area. Additionally, the high-grade gold, silver and base metal values returned from a sample collected from the historical Mina Blanca mine provides extra encouragement for structurally controlled mineralisation.”

Geochemical signatures derived from the soil sampling identified a discrete zone that is strongly anomalous in both zinc and lead, with values reaching highs of 3,195ppm zinc and 1,534ppm lead. The anomalies for both elements are coincident, approximately 500m long and 250m wide, and align along a well-defined northwest-southeast trending structural zone. Other pathfinder elements related to the Oposura style of mineralisation, including copper and manganese, also display strong anomalism coincident with these zinc and lead anomalies.

Importantly, surface mapping within and around the geochemical anomalies identified outcrops of altered limestones of the Arenillas Formation, the visually distinctive geological unit that hosts the Oposura deposit.

Several more, lower order geochemical anomalies for zinc and lead were also identified by the soil sampling survey, and further work will be undertaken to ascertain their significance.

Images of zinc and lead distribution in the soil sampling survey are shown in Figures 2 and 3.

The Company geologists also inspected the historical Mina Blanca mine workings, located near the western property boundary. A single grab sample collected from the mine dump returned high grade assays2 for gold (1.71g/t Au), silver (1,568g/t Ag), copper (4.63% Cu), zinc (2.81% Zn) and lead (1.60% Pb). The Mina Blanca workings host a vertically-dipping, north-south striking, structurally-controlled style of mineralisation, which is very different from the horizontal, carbonate-replacement style of the Oposura deposit. The old mine workings are situated within coincident soil anomalies for zinc, lead and other pathfinder elements.

Results from this early-stage exploration indicate that additional precious and base metal mineralisation may be present within the western part of the Oposura property and further exploration, including drilling, is warranted.

When the Oposura resource drill-out has been completed, the Company’s focus will shift to an expansionary phase to test for repetitions and extensions of the high-grade Oposura massive sulphide deposit, and to explore for new styles of mineralisation like identified at Mina Blanca. 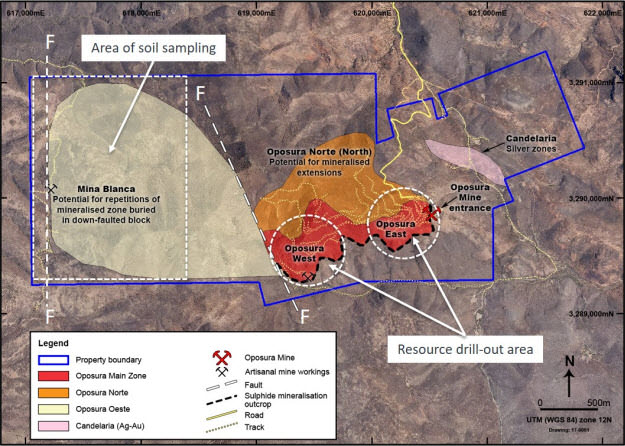 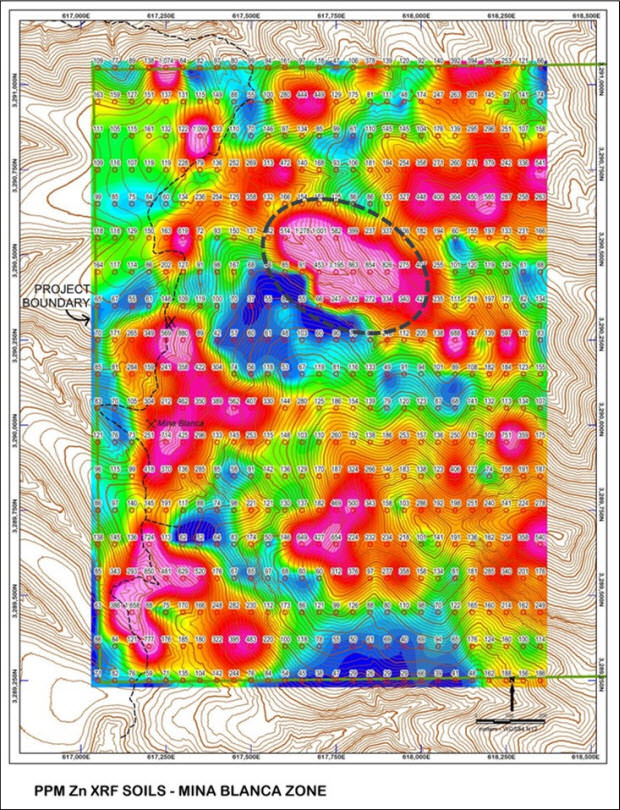 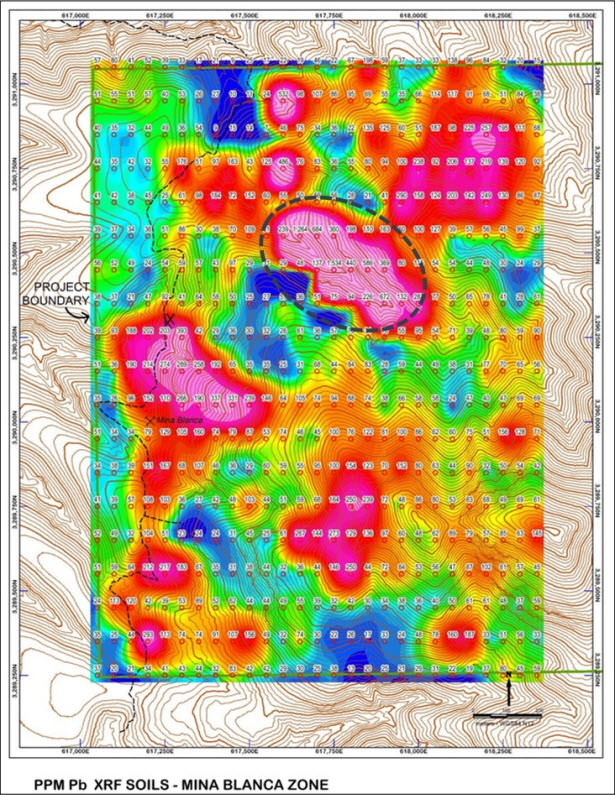