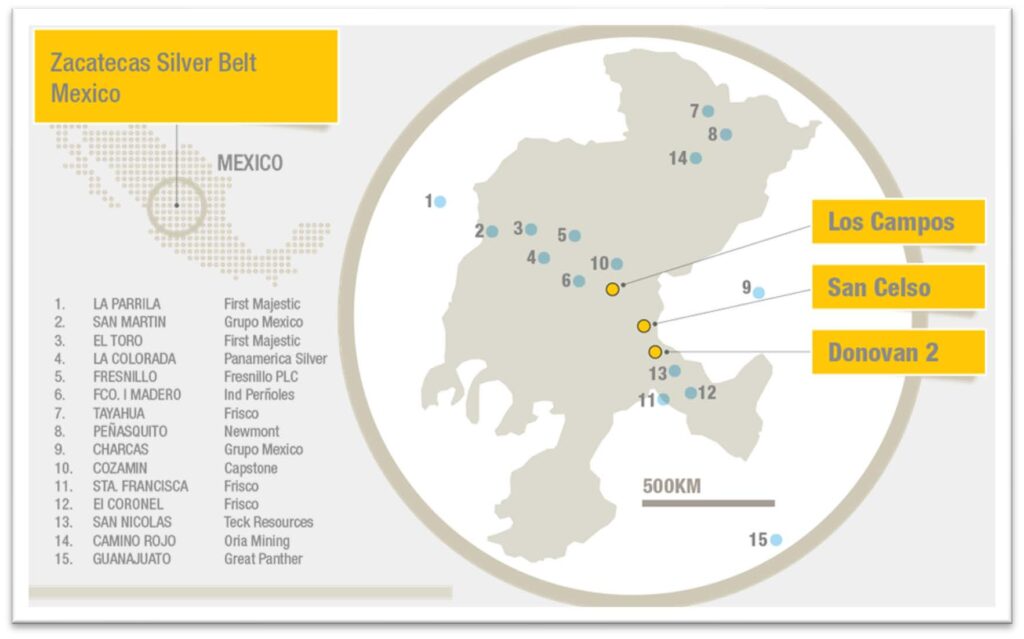 Alien Metals Ltd (LSE AIM:UFO), a global minerals exploration and development company, is pleased to update the market on ongoing exploration activities at its high-grade silver and copper-gold projects in Zacatecas, Mexico, further to its announcement of 28 March 2022. The following update is based on the Company’s internal assessment of observations to date whilst formal drilling results are awaited.

Bill Brodie Good, CEO & Technical Director of Alien Metals, commented: “We are very pleased to see this initial drilling at San Celso and Donovan 2 intersect showing encouraging zones of alteration. The Donovan 2 drilling has returned some strong disseminated sulphide intersections, which is highly promising for the potential presence of a VMS type mineralised system. In particular, hole A04 returned a 78m thick zone of intense alteration and visible sulphides, including pyrite and arsenopyrite.

“The team continues trenching and sampling activities at priority zones at San Celso, Donovan 2 and Los Campos. We look forward to receiving the assays results from this initial work and sharing them with the market.”

Further to the announcement of 28 March 2022, the inaugural drilling programme commenced at San Celso with three diamond holes drilled on the western end of the vein targets to test this area, while understanding the drilling conditions prior to moving to the central targets. 201 metres were drilled in these initial three holes. Due to the inadequate quality of core at San Celso, the Company moved the drill rig to the Donovan 2 to understand if it was the ground or the drilling that caused issues at San Celso and an initial four holes were drilled there. To date, a total of 611 metres have been drilled; the rig is now on standby due to the continued poor core recovery from both project areas pending results.

At San Celso, three holes (SCDD-A01 to SCDD-A03) were drilled for 201m along the western strike of the main historic mines. All three holes intersected zones of alteration, calcification and silicification associated with possible mineralised zones similar to the historic mineralisation identified on the permit. Hole SCDD-A01, targeting the extension of the Christinatis vein, drilled through a 2m cavity that appears to be historic workings. The unexpected cavity is highly encouraging, as the Company interprets this as a positive sign for additional silver mineralisation in this area. Core recovery in the targeted zones, however, were below expectations. The Company has submitted samples to the local

laboratory for analysis. A review of the drilling method is in progress to increase effective core and sample recovery in future drilling.

At the Donovan 2 Cu-Au project, four holes (DONDD-A01 to DONDD-A04) were drilled for 411m. Three holes were aimed at testing the Los Alamos ‘well’ target, stepping back on each previous hole to pick up the zone of interest underneath each previous hole to better define the zone of interest and test its continuity. These holes defined what appears to be a steeply dipping alteration zone with calcrete, quartz and trace sulphides. Only hole DONDD-A02 returned sufficient core to be able to clearly define the geology of the zone.

Hole DONDD-A04 at Donovan 2 intersected a 77.85m wide zone of strong-to-intense silicification, with finely disseminated pyrite and traces of arsenopyrite. This layer of silicification could be part of a lateral or deeper mineralised body.

With low core recovery in the critical intersections of all holes drilled to date, the Company decided to submit as many samples to the laboratory as possible. Results from the initial drilling will help define the follow-up drilling options at both projects whilst continuing with the planned Los Campos drilling campaign. RC drilling is being considered as an alternative to core drilling.

The trench put across the top of the drill hole D0N-21-003 (which intersected an 11.5m zone of intense alteration returning on average 0.4% Zn and 0.4% Pb from 12.4m depth (announcement of 28 March 2022)) intersected a calcite-rich structure in the southern end of the trench over several metres. Samples were taken along the entire trench for submission to the laboratory. Based on results, additional trenching in the area could follow.

The Company has submitted 436 samples to Actlabs in Guadalupe, Zacatecas State, for analysis of 38 main elements, including gold, silver, copper, lead and zinc, as well as other trace elements to aid in identifying mineralisation. The Company looks forward to updating the market once all the results are available.

Alien Metals Ltd is a mining exploration and development company listed on the AIM market of the London Stock Exchange (LSE: UFO). The Company’s focus is on precious and base metal commodities, with its operations located in proven mining jurisdictions and it has embarked upon an acquisition-led strategy headed by a high-quality geological team to build a strong portfolio of diversified assets. In 2019, the Company acquired 51% of the Brockman and Hancock Ranges high-grade (Direct Shipping Ore) iron ore projects and with a conditional agreement to increase its interest to 90% in May 2021 also being put in place.

The Company acquired 100% of the Elizabeth Hill Silver Project, which consists of the Elizabeth Hill Historic Silver Mine Mining Lease and the 115km2 exploration tenement around the mine. The Company also holds two silver projects, San Celso and Los Campos, located in Zacatecas State, Mexico, Mexico’s largest silver producing state, which produced over 190m Oz of silver in 2018 alone, accounting for 45% of the total silver production of Mexico for that year. The Company also holds a Copper Gold project in the same region, Donovan 2.

The Company was also awarded an Exploration Licence in Greenland in late 2020, which surrounds the world class Citronen Zinc-Lead deposit. 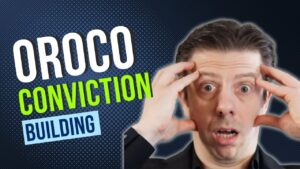